He wants to take a crack at reversing that perception by giving up his $42,000 city council salary if he wins.

“This city,” he told PolitickerNJ, “it’s sad. It’s unsafe. We have council members paid a fulltime salary to sit there once a week and complain about the administration.”

When he made the comment at last night’s council meeting, retiring At-Large Councilman Rigo Rodriguez nearly came out of his chair, objecting to the charge that the council is useless.

A Jordanian-American in Paterson since 1989, 3rd Ward resident Younes said he finally pulled his children out of public school two years ago.

“I want to set an example by not collecting a salary – if elected,” said the candidate.

Younes made his remark on the heels of another resident, Shirley Moore, who told city council members that when she suffered a stroke last month and dialed 911, no ambulance responded.

“They can’t keep a good woman down,” Moore said. “And now I’m here to complain.”

“Don’t look at the color. Don’t look at ethnic background,” he pleaded with the crowd in making his pitch for people to vote for him. “We need honest government.” 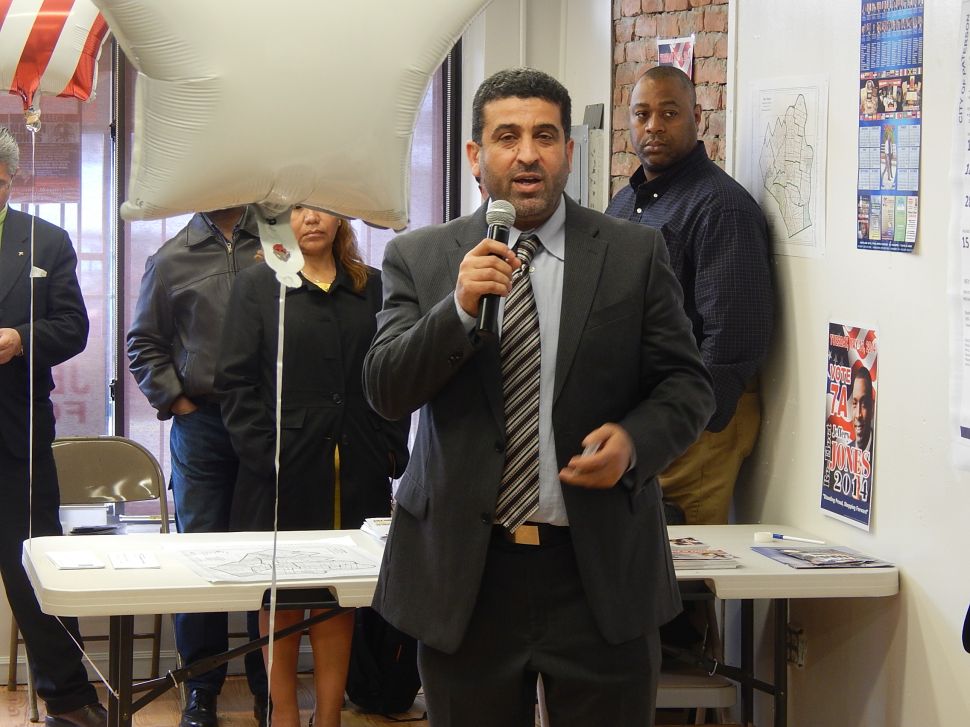