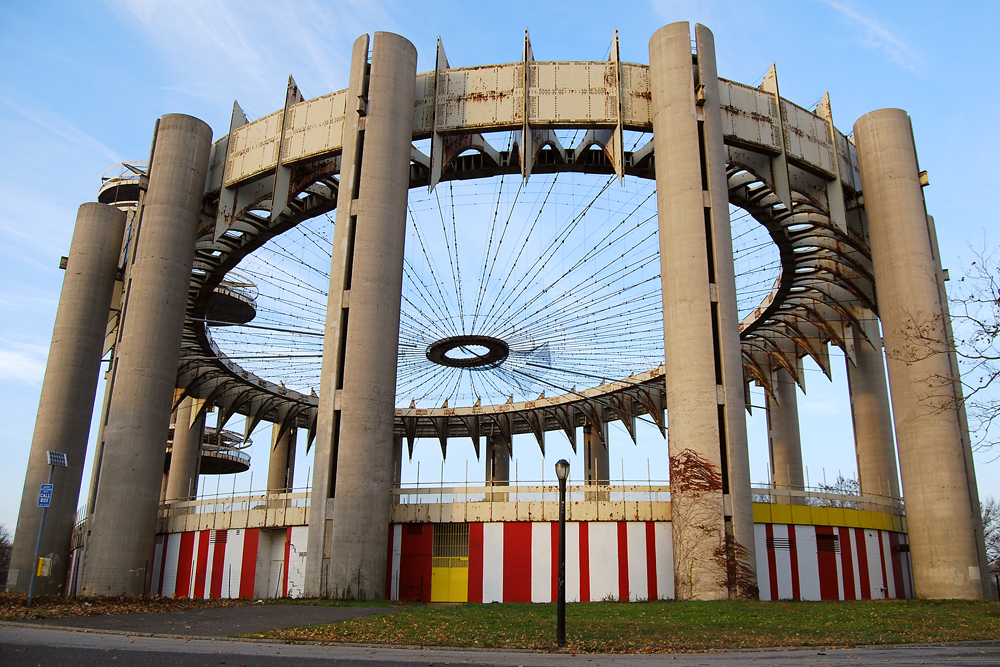 The New York State Pavilion was declared a national treasure yesterday, but it still needs some work before it can be the celebratory tent it once was during the 1964 World's Fair. (Flickr) 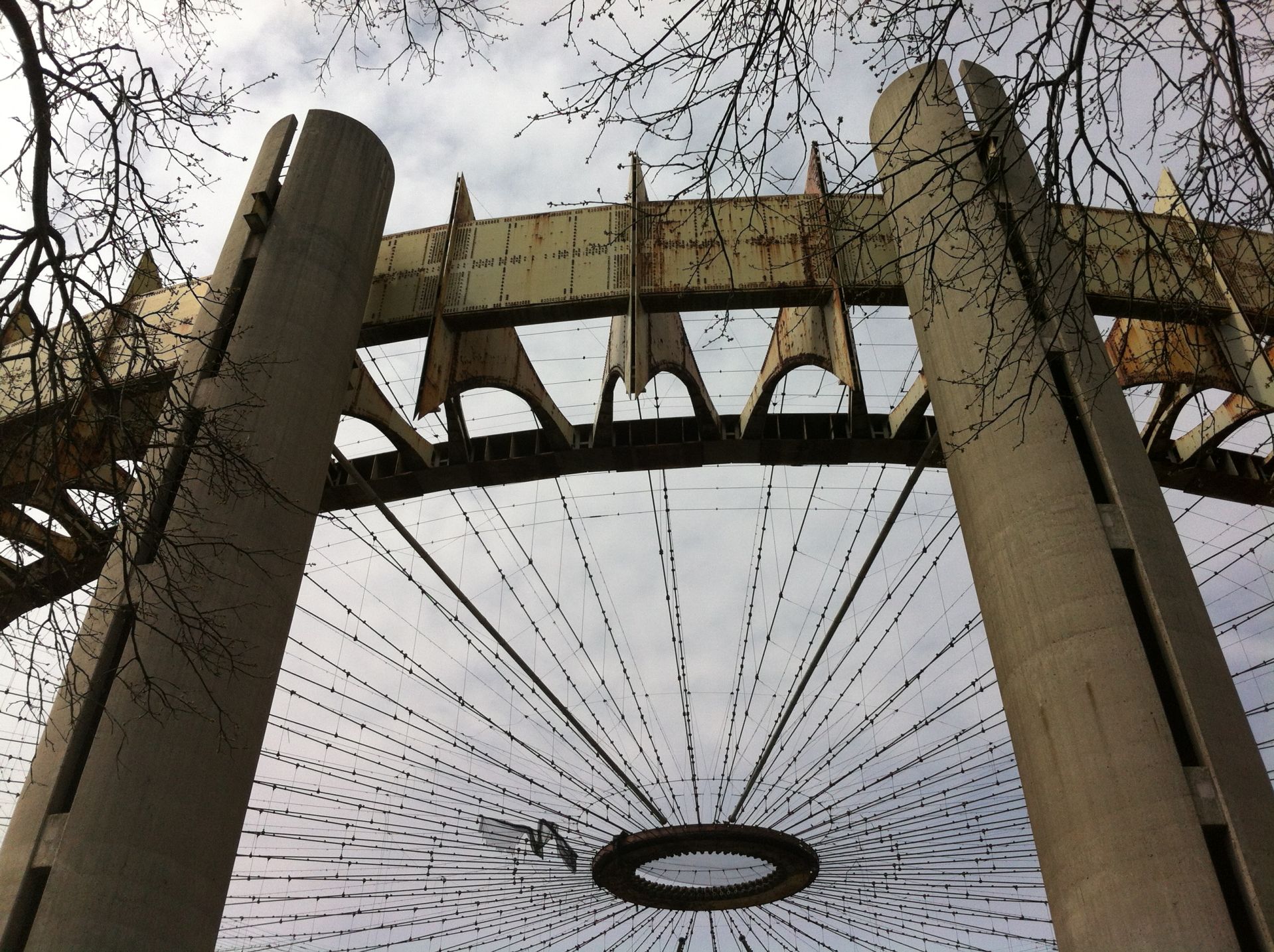 The world's largest suspension roof is now a web of cables, devoid of its colored glass panes. (Anna Perfecto Canlas) 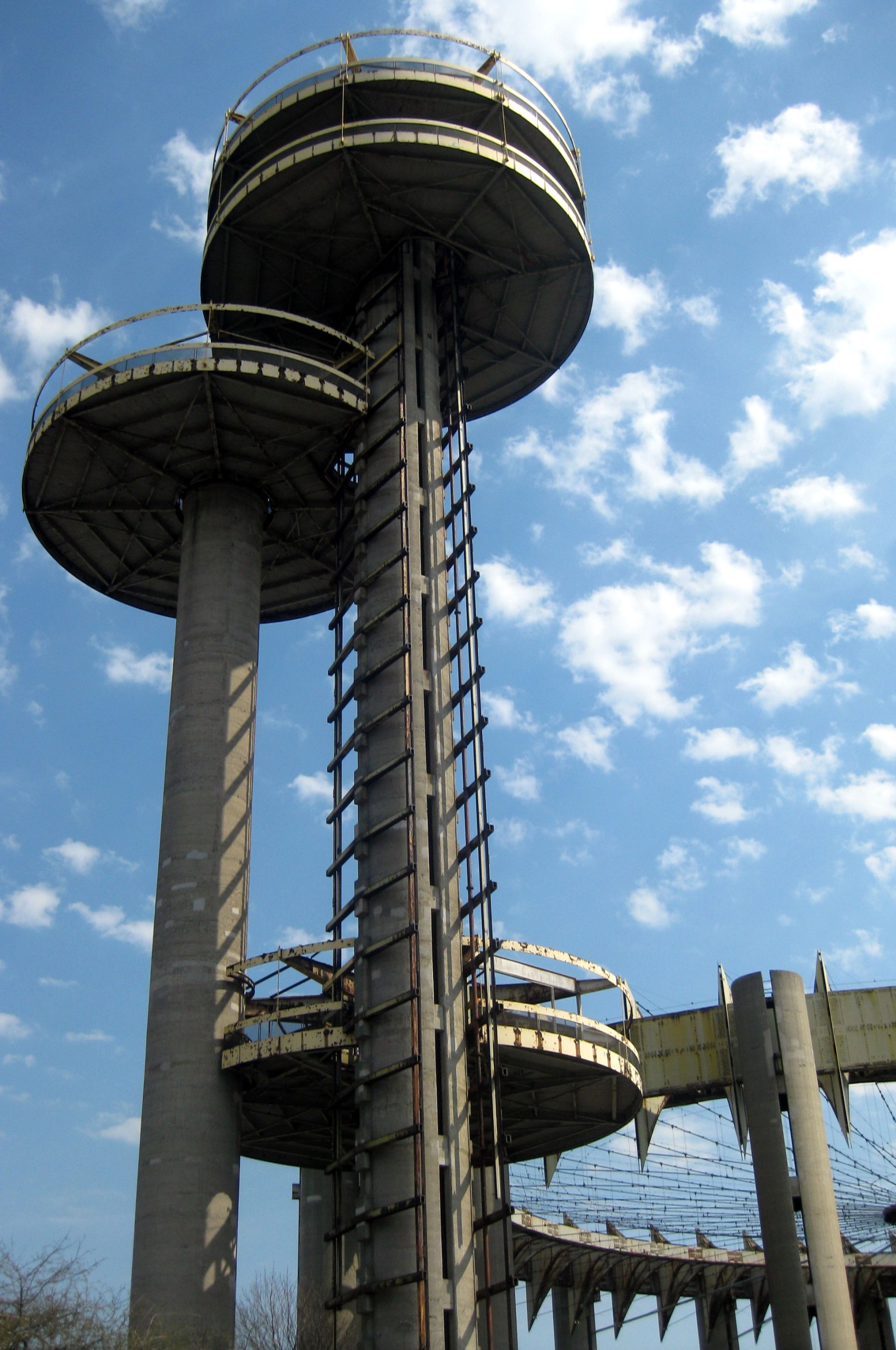 These rusted observation towers used to house a restaurant and telescope-toting fairgoers. (Flickr) 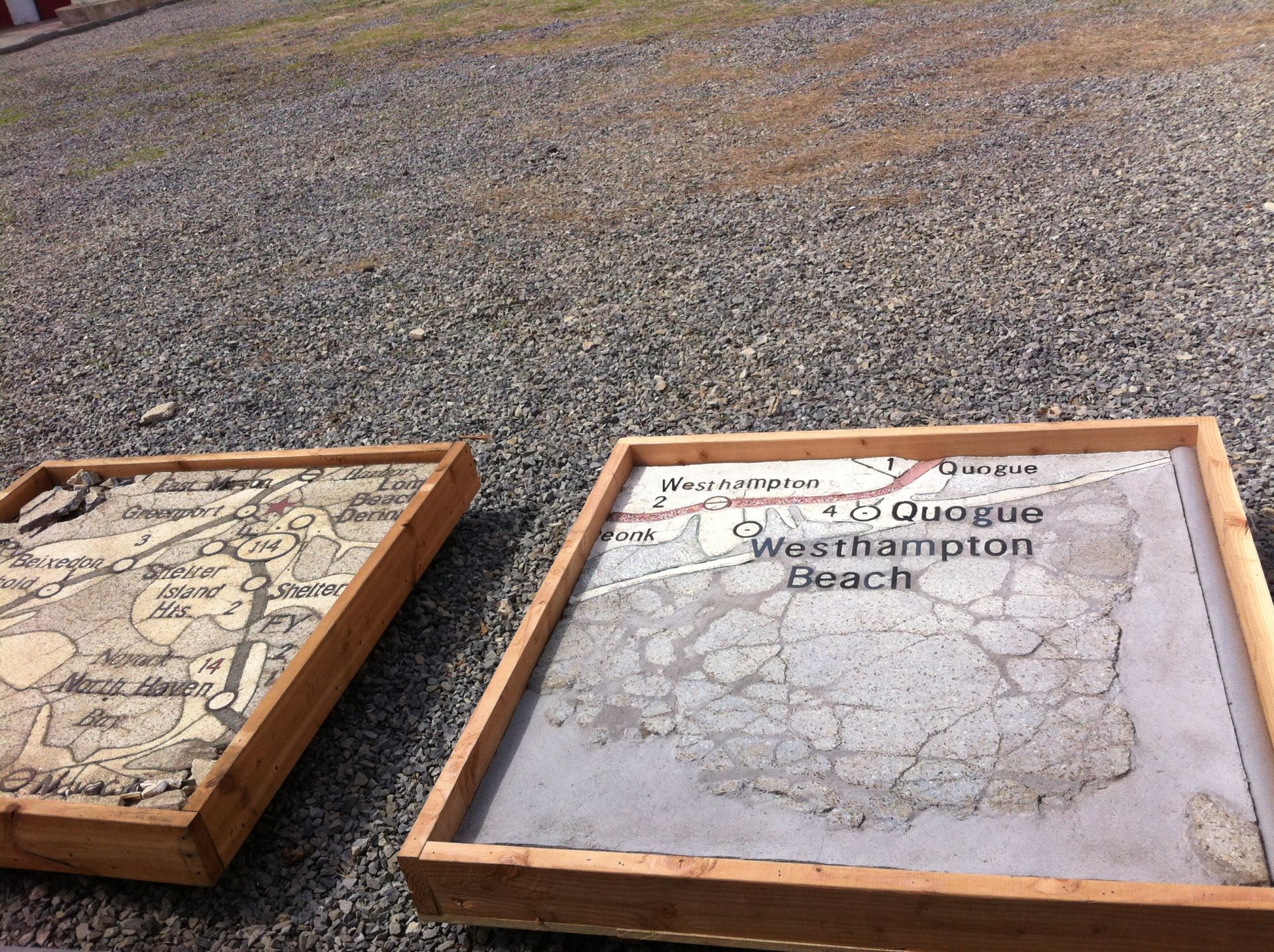 A sample of the crumbling terrazzo floor (left) lies next to a restored one (right). (Anna Perfecto Canlas)
Advertisement 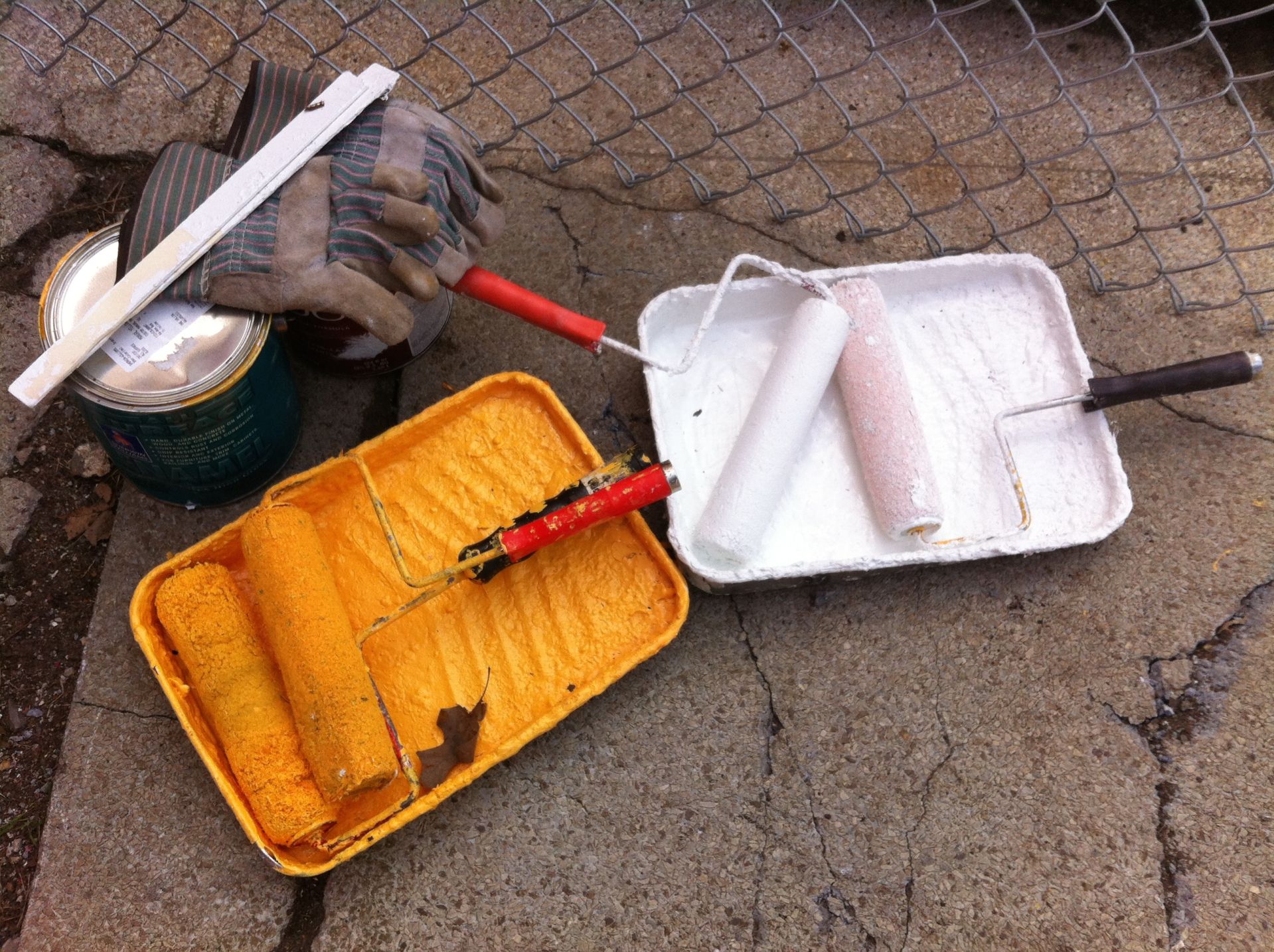 Step one of the restoration was a paint job by civic volunteers from the Pavilion Paint Project, who raised the money for the paint themselves. (Anna Perfecto Canlas) 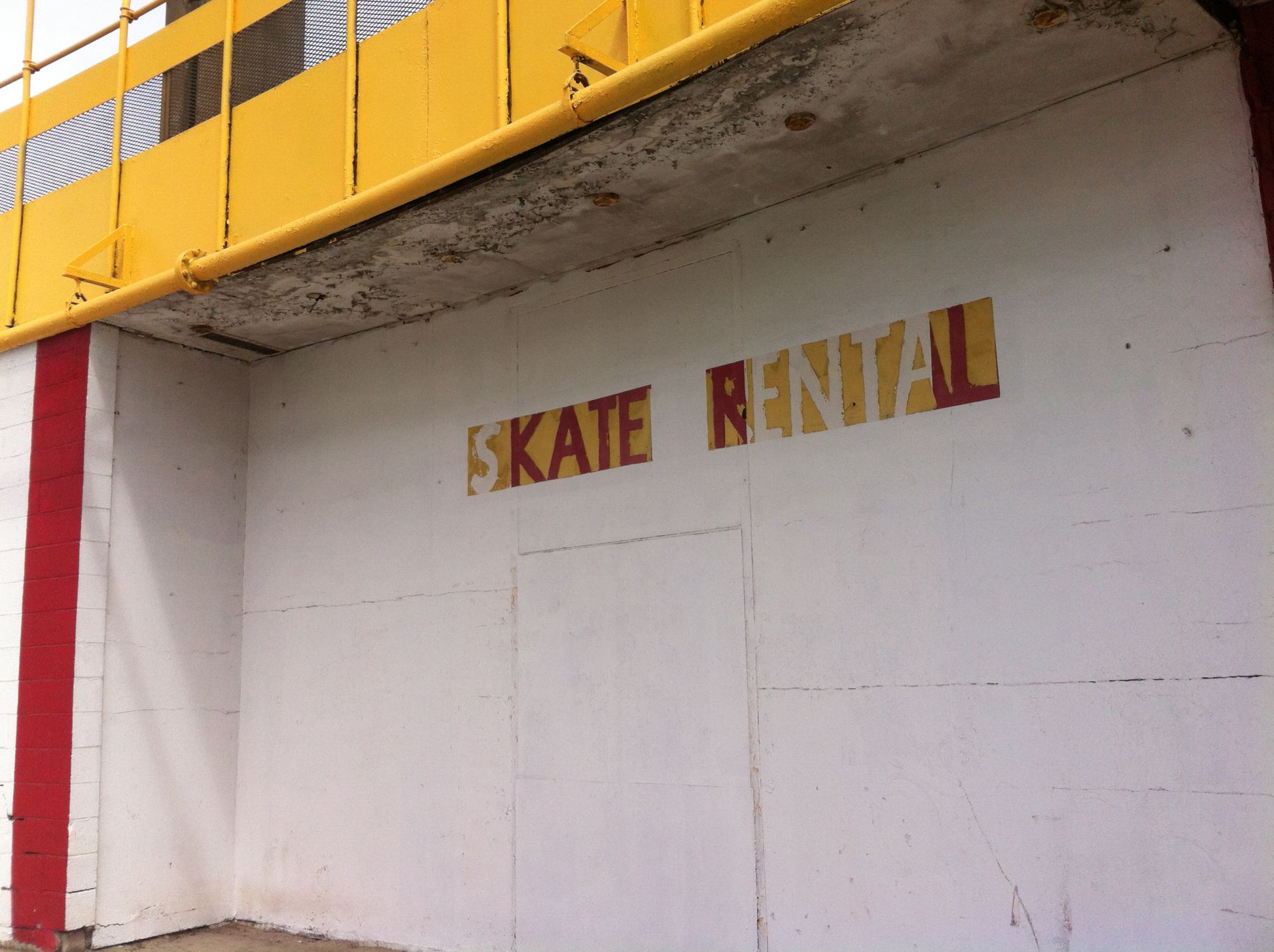 Volunteers from the Pavilion Paint Project tried to recreate some original signs from the fair's concessionaires, including this one for a roller rink. (Anna Perfecto Canlas) 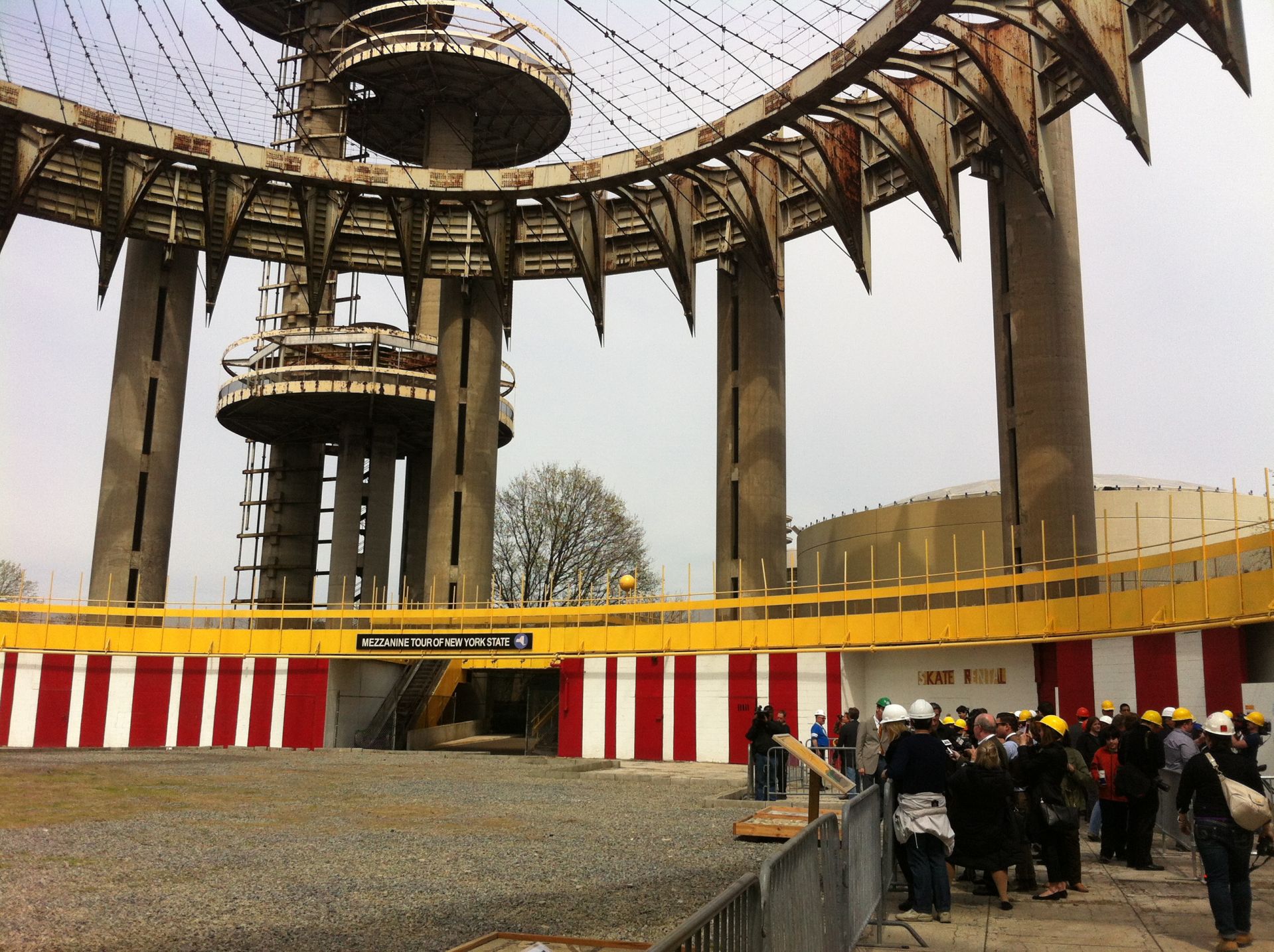 Crowds enter the pavilion on the 50th anniversary of the World's Fair. (Anna Perfecto Canlas)
Advertisement 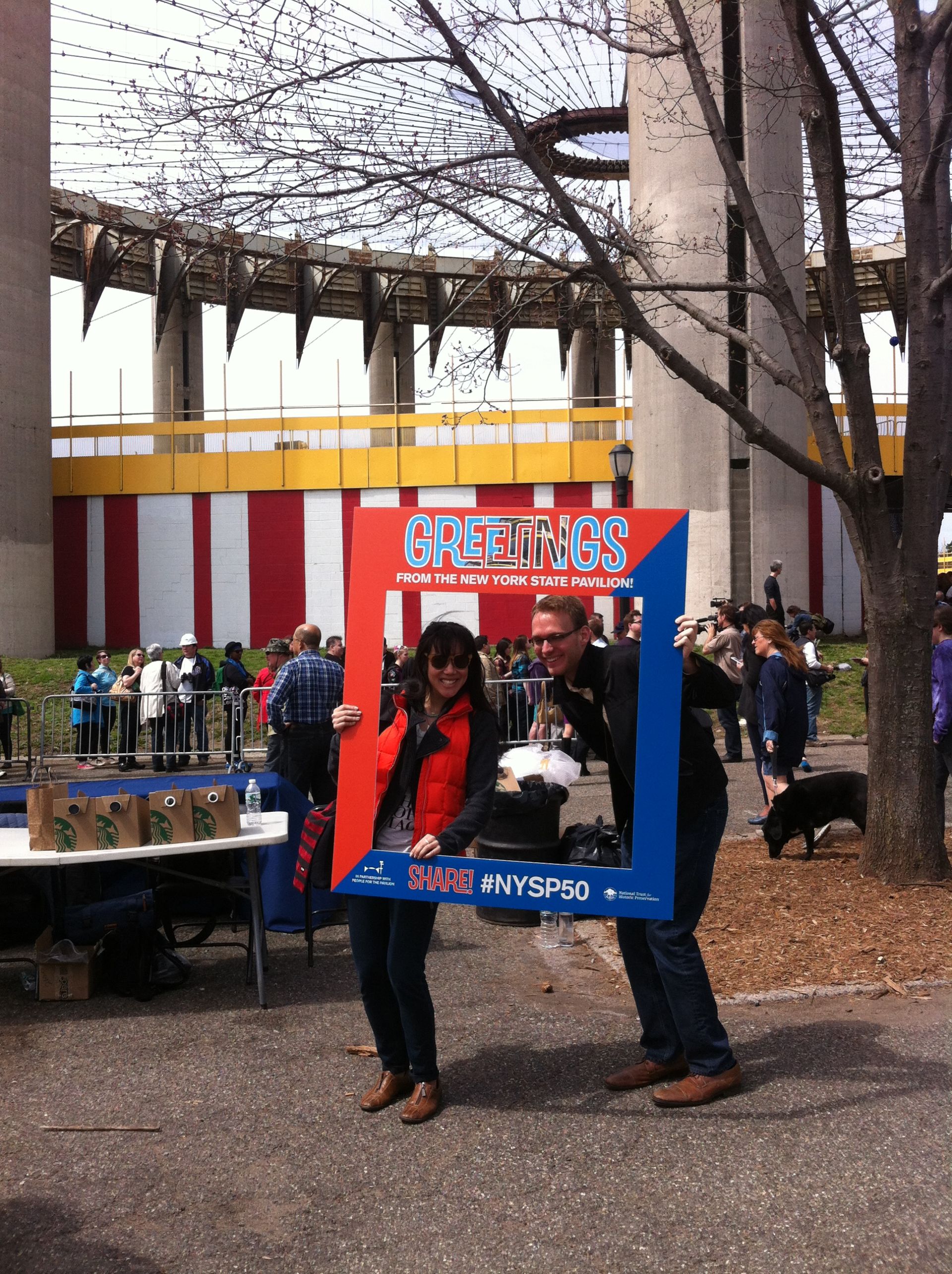 World's Greatest Selfies: While waiting for their 15 minutes inside the tent, park goers pose inside a picture-perfect frame. (Anna Perfecto Canlas) 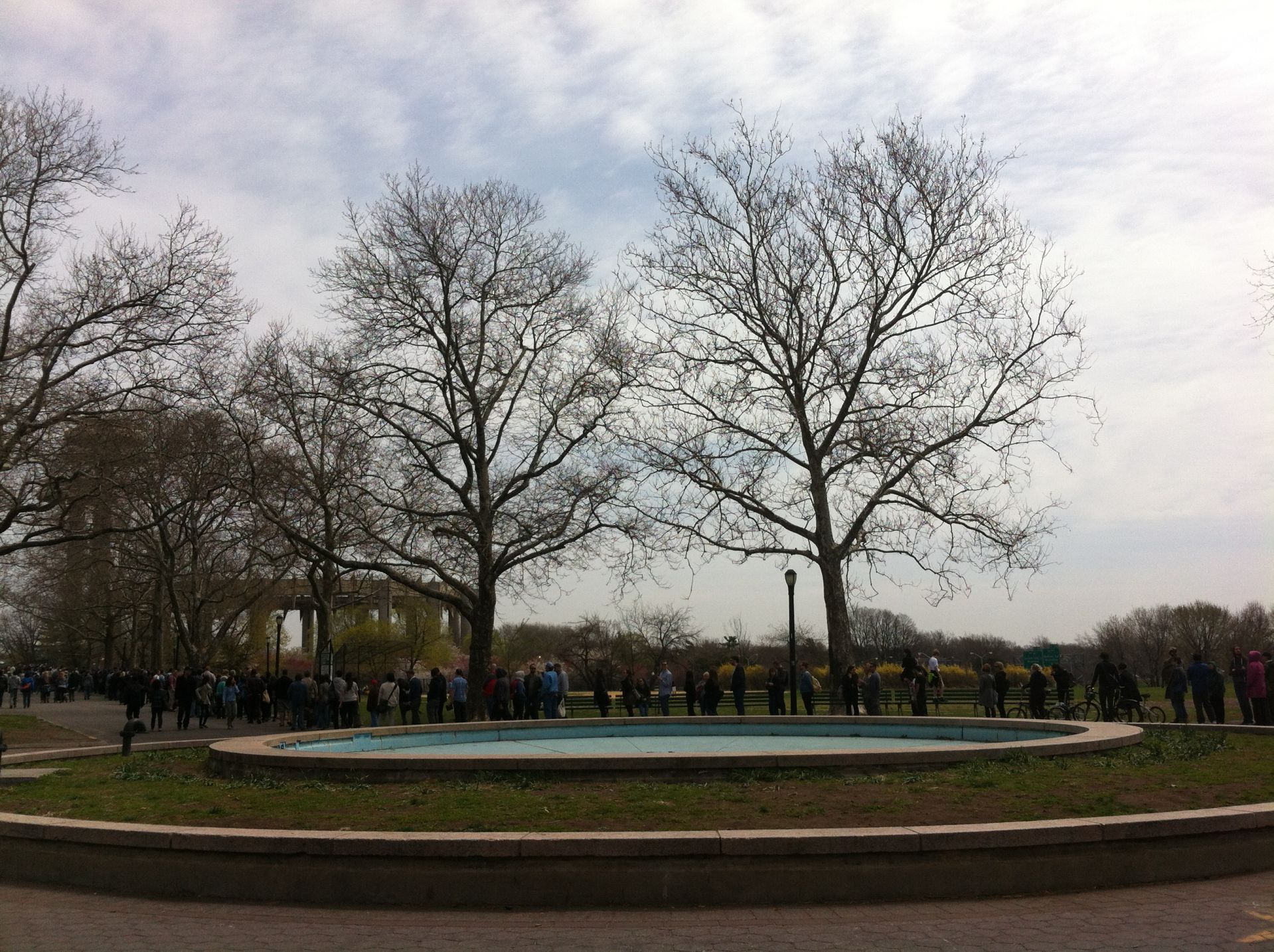 Such distractions are welcome, as the line went on... (Anna Perfecto Canlas) 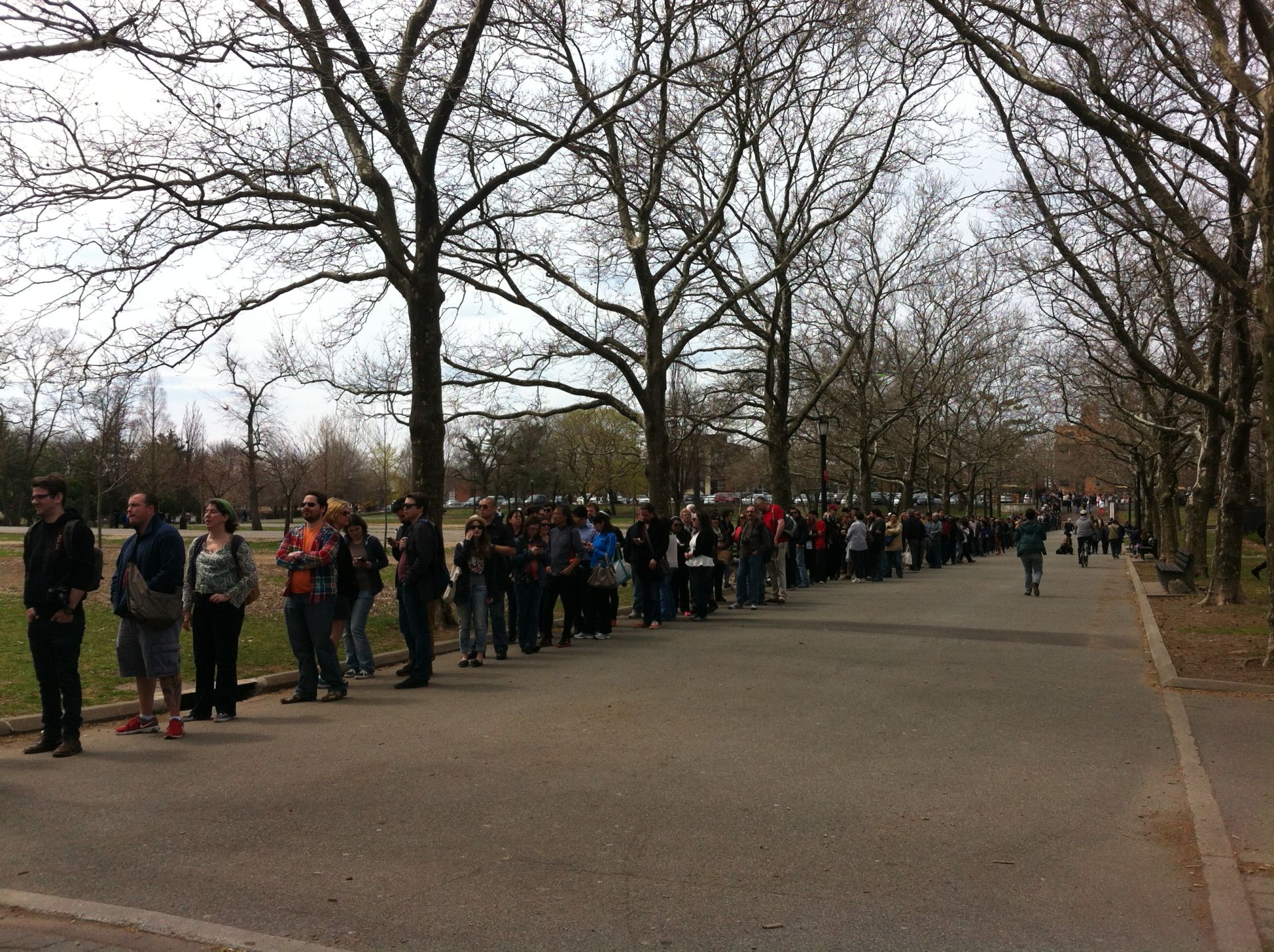 ... and on, till the parking lot, prompting the Parks Department to extend the "visiting hours." (Anna Perfecto Canlas)
Advertisement 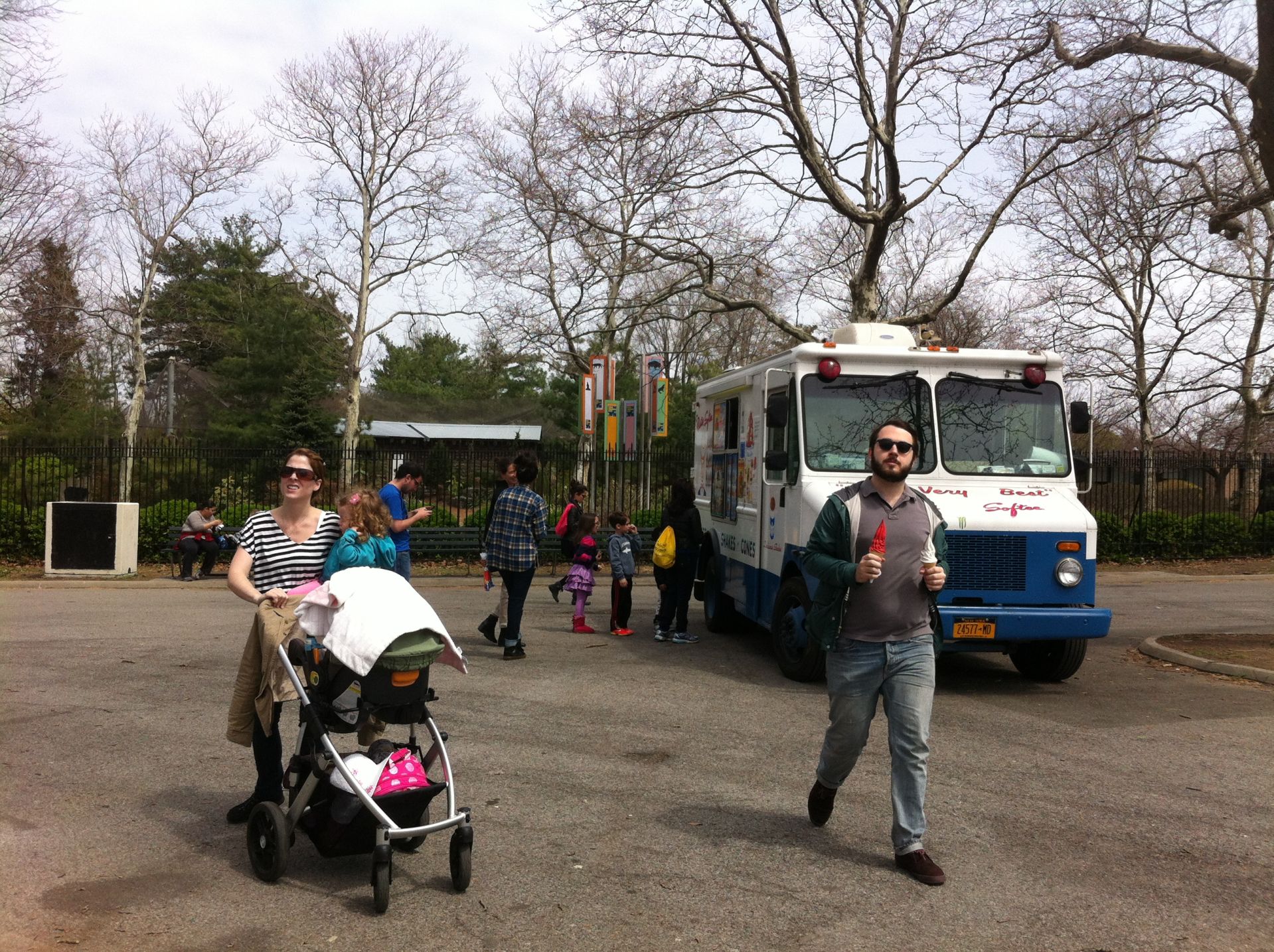 Thankfully, the queue was much shorter at these Mister Softee trucks around the pavilion. (Anna Perfecto Canlas) 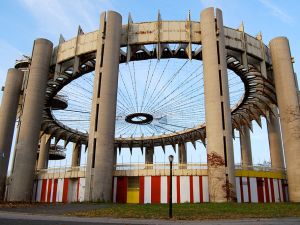 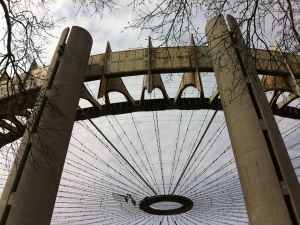 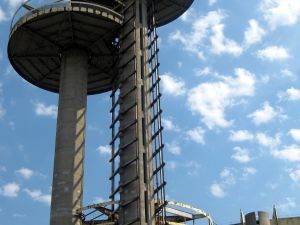 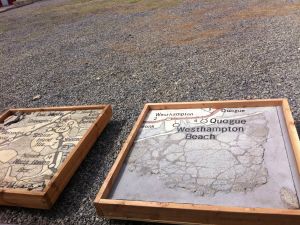 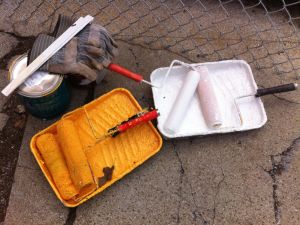 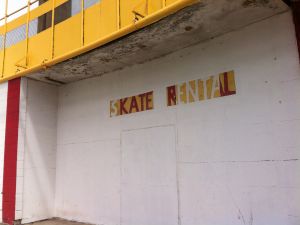 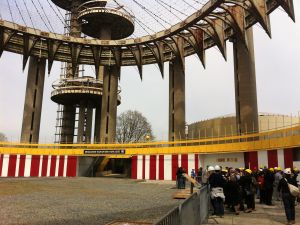 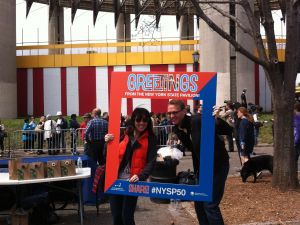 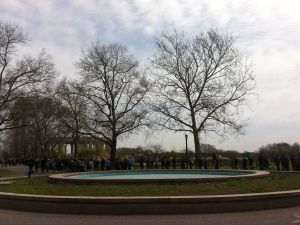 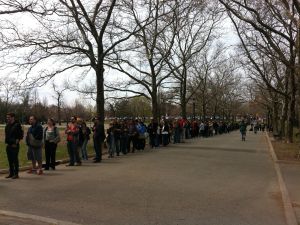 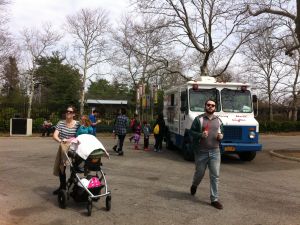 One borough’s ruins are now the country’s treasure. And for a fleeting fifteen minutes yesterday, the Observer got to explore the rubble.

The New York State Pavilion in Flushing Meadows-Corona Park in Queens, site of the historic 1964 World’s Fair, has been closed for some 30 years since a shot roof and cracked floors forced its closure to the public. But from 11 a.m. to 2 p.m. on Tuesday, the exhibition’s 50th anniversary, park and borough officials flung open its freshly repainted gates to a crowd of thousands, who came in and out of the pavilion, snapping photos faster than you could say “Flushing Meadows-Corona Park.”

As early as 6 a.m., ladies and gents of all ages lined up to get into the “Tent of Tomorrow,” the now-skeletal big top that housed the technological and cultural “innovations” of the time, including flashy sports cars, the first computers, and, um, a booth of dolphins from Florida. The first guy in line, Tom Robinson from Long Island, still remembers that porpoise show and flashed a grin when he recalled another favorite moment: getting behind the steering wheel of a model Ford Mustang. Like many other people in the queue, which snaked around the side of the tent and all the way across the park, the early bird came for sheer nostalgia.

Behind him, a trio of Brooklyn hipsters who weren’t around for the original festivities got in line at 7 a.m. just because they thought it was cool.

“How did we find out about it?” mulled a guy in a soft cap and a black t-shirt with day-glo fish on it.

“And we thought, this is interesting. We should definitely go,” added the female in the group.

Several feet past them, a young boy walked to the back of the line with his father. “I think we should have lined up at 6 p.m.—yesterday,” he groaned.

The structure is due for some 70 million dollars in repair work, an estimate given by John Krawchuk, Director of Historic Preservation at New York Parks and Recreation, to the Observer. Apart from fixing the roof, Mr. Krawchuk said that they are still studying what can be done with the crumbling terrazzo map, which currently lies under gravel.

“It’s a conservation technique to keep the grass from growing out,” he said, while standing on the stones, wearing the hard hat required of all entrants to the tent.

“Hopefully, this designation will make it easier to raise funds,” said Paul Goldberger, an architecture critic who, before the opening, named the site a national treasure on behalf of the National Trust of Historic Preservation.

Perhaps more precious than the designation? After Mr. Goldberger’s speech, Queens borough president Melinda Katz led council members in singing a round of “It’s A Small World After All.”