Winter was cruel and long, but baseball is being played in New York now, and so all is well. The outfields in Queens and the Bronx are emerald green, and there is hope among the faithful. This is no small thing, because hope does not, in fact, spring eternal for all fans and all sports. Just ask any Knicks die-hard.

For Yankees fans—for anyone who appreciates athletic elegance regardless of the uniform’s logo—this is a bittersweet spring, for it marks the beginning of the end of Derek Jeter’s remarkable career in pinstripes. He is the last reminder of the glories of the late 1990s, when the Yankees emerged from years of malaise to win four World Series titles, including three in a row. Mr. Jeter added a fifth, in 2009, with new teammates, but it was those teams early in his career that defined him and his place in New York sports history.

As Mr. Jeter takes his bow and Yankees fans deliver nightly goodbyes, there are signs in Queens that the Mets have taken several giant leaps in the right direction (never mind their Opening Day loss to the Washington Nationals after a bullpen blow-up). A corps of promising young pitchers, including the injured ace Matt Harvey, has some fans convinced that the next face of New York baseball—the next Derek Jeter—will be wearing not Yankees pinstripes but the colors of the city itself, orange and blue.

Ridiculous? Ah, but it is April, and such dreams are allowed. Rational thought is for late August and early September, when cold calculation and shrewd pragmatism are the rule and decisions must be made. For now, it is acceptable to wonder if Mr. Jeter’s retirement will mark the close of a remarkable run in the Bronx and if the young Mets may be on the verge of becoming the bigger show in town.

Baseball’s mythmakers have long insisted that the game is rooted in some memory of an idyllic rustic past—fields of dreams and all that. New Yorkers know better: Baseball is a city game. And for a long time, it was this city’s game, the home of three teams that dominated the game’s golden years from the late ’40s to the late ’50s.

Those times are long gone, as are two of those teams: the Giants and the Dodgers. But at this time of year, New York fans can imagine that a new golden age is upon us. And if it turns out to be no more than a fantasy, well, there’s always next year. 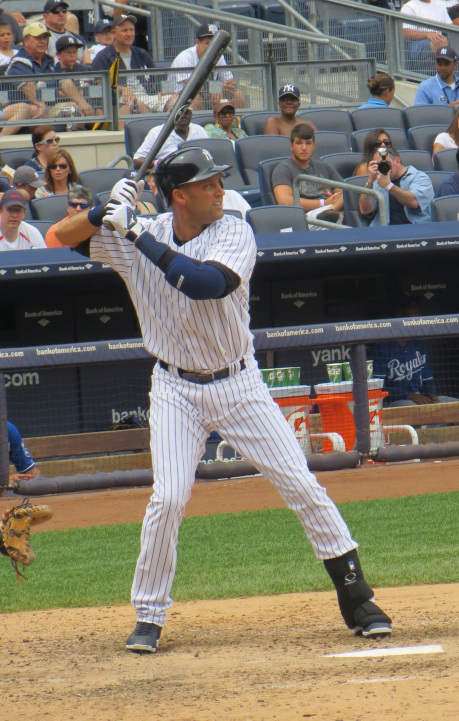