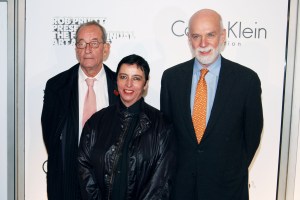 Beatrix Ruf, the director of the Kunsthalle Zurich, has been tapped to head Amsterdam’s Stedelijk Museum, according to The Art Newspaper, replacing Ann Goldstein, who stepped down last August. Ms. Ruf will officially start in her new position in November, though the report says that she will begin working with the Stedelijk part-time right away.

Over her 13 years as director of the Kunsthalle Zurich, Ms. Ruf proved to be an indefatigable tastemaker as an early supporter of a formidable number of artists who later went on to more widespread acclaim. It’s almost frightening. Here’s a link to her exhibition program.

Ms. Ruf, who has served as advisor and juror on many international curatorial projects and prizes, was director of Switzerland’s Kunsthaus Glarus, from 1998 to 2001, before coming to Zurich.