James Franco gets criticized pretty much every time he gives an opinion of anything, but that doesn’t prevent him from giving his opinion of basically everything.

Just this morning, the famed multi-hyphenate took to his Instagram feed to lob an insult at New York Times theater critic Ben Brantley, whose unfavorable review of the new Broadway production of Of Mice and Men ran today. Mr. Franco stars (as George) alongside Chris O’Dowd (as Lennie).

“SADLY BEN BRANTLEY AND THE NYT HAVE EMBARASSED (sic) THEMSELVES,” Mr. Franco wrote in a moment of passionate intensity. “BRANTLEY IS SUCH A LITTLE BITCH HE SHOULD BE WORKING FOR GAWKER.COM INSTEAD OF THE PAPER OF RECORD. THE THEATER COMMUNITY HATES HIM, and for good reason, HE’s an idiot.”

Mr. Franco, most likely regretting the brash ‘gram, has since deleted the message. (It was, however, screencapped by Vanity Fair’s Richard Lawson.)

Although Mr. Brantley’s review was not exactly positive, it’s hardly the harshest thing he’s written. (See his 2011 pan of Spider-Man: Turn Off the Dark for Mr. Brantley at his most brutal.)

The Of Mice and Men review referred to Mr. Franco as a “polymath,” which can only be taken as a compliment; it also contained this jab, which the actor may not have appreciated: “Photos of Mr. Franco’s broodingly beautiful face can be seen both on the front of Playbill, where he shares the frame with Mr. O’Dowd, and its back, where he appears as a black-tie spokesmodel for a Gucci fragrance.”

When asked how he felt about the “little bitch” insult, Mr. Brantley was pragmatic. “I like Franco’s work on film a lot, and he didn’t disgrace himself on stage,” the theater critic told the Observer. “I hope he returns to Broadway some day. And of course he’s entitled to say whatever he likes about me, as long as it’s not libelous, and somehow I don’t think ‘little bitch’ qualifies.”

This is not the first time Mr. Brantley—or any critic, for that matter—has come up against a personal attack in response to a negative review. Just last year, for instance, Alec Baldwin—who appeared in the short-lived Orphans, which Mr. Brantley was not kind to—took to his LiveJournal, a k a Huffington Post, firing off an incendiary essay that referred to the Times chief theater critic as an “odd, shriveled, bitter Dickensian clerk.”

We couldn’t imagine that Mr. Brantley hadn’t heard worse in his tenure as a professional reviewer. So, we asked, what’s the worst insult an actor’s slung at him?

“Well,” Mr. Brantley said, “Josh Brolin reportedly said of me, ‘I hate that motherfucker.’ But we have since become e-friends of a sort.”

Did Mr. Brantley envision an outcome in which he and Mr. Franco became e-friends too?

“I never predict anything,” he said. 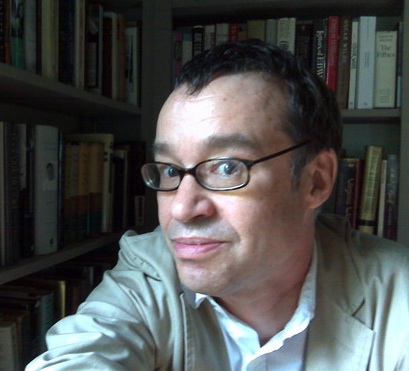