Thirty-one years ago, a young English singer-songwriter named Ben Watt recorded his debut solo album, North Marine Drive. An appealingly intimate collection of musically sophisticated if sometimes lyrically naïve folk-pop, it reached No. 1 on the U.K.’s independent charts, establishing Watt as an artist to watch. And watched he would be, though surely not quite as he’d first intended. The best evidence of that: This Tuesday, he’s finally getting around to releasing his second solo album, Hendra, the title song of which you can hear above.

Shortly before North Marine Drive came out, Watt formed Everything But the Girl with his girlfriend, the husky-voiced Tracey Thorn. The pair eventually set their individual careers aside and became global stars together on the back of club-friendly tracks like “Missing” and “Wrong.” They also got married and had three kids, which led to EBTG’s closing up shop in the early 2000s. Watt then concentrated on DJ work and running two record labels, Buzzin’ Fly and Strange Feeling. (For her part, Thorn has put out three solo albums in the past decade and written a splendid autobiography, Bedsit Disco Queen.)

In his spare time, Watt attempted to look after his journalist mom and jazz-musician dad in their final, ailing, alcohol-mottled years. He tells that blood-, piss- and brandy-filled story with clarity and grace in a memoir, Romany and Tom, which received raves when it was published in Britain earlier this year and is due out in the U.S. in June. Watt’s one previous book, Patient, recounted his struggles in the ’90s with Churg-Strauss syndrome, a rare autoimmune disorder that ended up costing him most of his small intestine. He seems to be making a specialty out of turning unpleasant experiences into glistening prose.

Just as Watt was finishing Romany and Tom, the person he’d most wanted to have read it—his half-sister Jennie—died of late-diagnosed lung cancer. In his grief, he found himself drawn back into making music again. The result is Hendra, an album similar in tone and sophistication to its predecessor of three decades ago but, not surprisingly, much wiser. As Watt explained to me in a recent phone interview, “It’s all about people dealing with loss, how you become resilient, how you cope.”

To help bring the new work to fruition, he chose an intriguing musical counterpart: guitarist Bernard Butler, probably best known in the U.S. for his work with Suede. “The songs were languid, folky, jazzy, and that fit the lyrics I was writing,” Watt says. “But they needed a foil: an angrier voice, a dirtier voice. I wanted the blues, I wanted the kind of dialogue Mick Ronson used to have with David Bowie. And Bernard was perfect for that.”

Butler should be by Watt’s side when he makes his American live debut as a solo act with two shows at Joe’s Pub on June 11 and 12. (These shows were originally scheduled for the beginning of April but postponed due to visa processing issues.) In the meantime, you can hear how well the two mesh on Hendra’s title track. Watt sings in the voice of a character weighed down by doubt and insecurity; when Butler takes over in the middle, he taps into that character’s sublimated rage at the world and himself. His solo ends with a tortuous bent note that rises in pitch but never reaches its apparent final destination. At the risk of sounding too didactic, I’ll suggest that the trajectory of that note mirrors the arc of our emotions after we lose something (or someone) we love for good. Yes, we gradually recover, but we never make it all the way back to where we were before. The best we can hope for is to find some sweet amid the overwhelming sour—and Ben Watt has certainly done that on his long-awaited sophomore album. 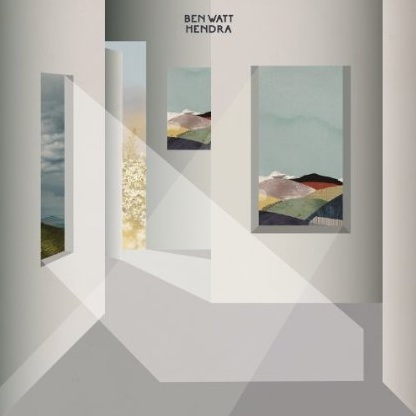