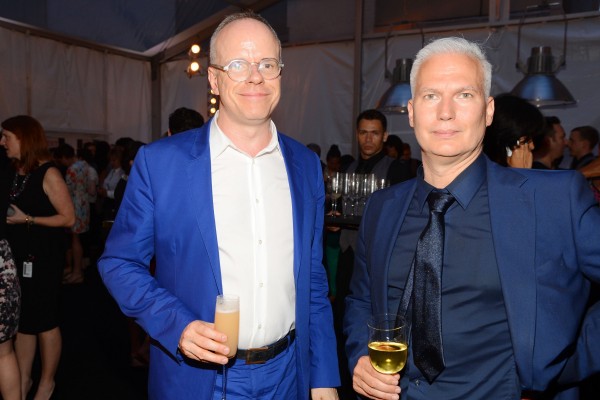 If you live near Basel, Switzerland, or don’t mind spending an extended period there during Art Basel, participating in an artwork, Klaus Biesenbach and Hans Ulrich Obrist want to hear from you, according to the fair’s site. As you may have heard, the gentlemen are organizing a show called “14 Rooms” there in June, and it’s shaping up to be a fairly performance-heavy (or at least people-heavy) affair. They need bodies.

The two über curators are seeking the following types:

— Female nude performers, for Marina Abramović and Joan Jonas.
— Male war veterans, for Santiago Sierra.
— Dancers, for Jennifer Allora and Guillermo Calzadilla.
— Identical twins, for Damien Hirst. (Here’s a little video that Mr. Hirst made in 2009 to explain that one. “Identical twins are kind of like a crazy aberration,” he says. “They make you look again.” Hard to argue with that.)

Scheduled to run June 14 through June 22, the project is a collaboration among Fondation Beyeler, Art Basel and Theater Basel, and is a reprise of the duo’s “11 Rooms” show, which was commissioned at the 2011 Manchester International Festival and has since appeared at other venues, sometimes with additional rooms.

Information about applying is here.