Being mayor of New York City has its perks. Besides having a driver and running City Hall and all that, the mayor also gets the chance to learn about earthworms, as Bill de Blasio discovered today.

After this afternoon’s press conference highlighting the city’s efforts to promote its new full-day pre-K programs, Mr. de Blasio visited a pre-K classroom at P.S. 1 in Chinatown, where he observed today’s lesson: “to grow healthy plants that are part of a healthy Eco-system,” according to a pool report chronicling the visit.

In particular, the students were given the chance to interact with earthworms, “who live in the soil that plants need to grow.” “There was then some mild panic from one of the kids whose worm threatened to scoot off her plate ‘Eeeewwww, it’s moving,’ she said before it returned to the center of the plate,” the pool report noted. “The worms on the mayor’s plate were not as active.”

Mr. de Blasio then held a magnifying glass to inspect his worm’s segments. “See the lines?” he asked a student before joking that the teacher was “brave” for picking up one of the creatures with her fingers.

Mr. de Blasio then urged a student to be “gentle” after he started poking his worm with an eyedropper.

Meanwhile, Assembly Speaker Shelly Silver, who accompanied Mr. de Blasio during the visit and represents the neighborhood, “observed the worms in silence.” At one point he helped a small child add more soil on his plate.

On his way out, Mr. de Blasio joked to staffers about the visit: “I get to learn about worms, my job is very interesting.” 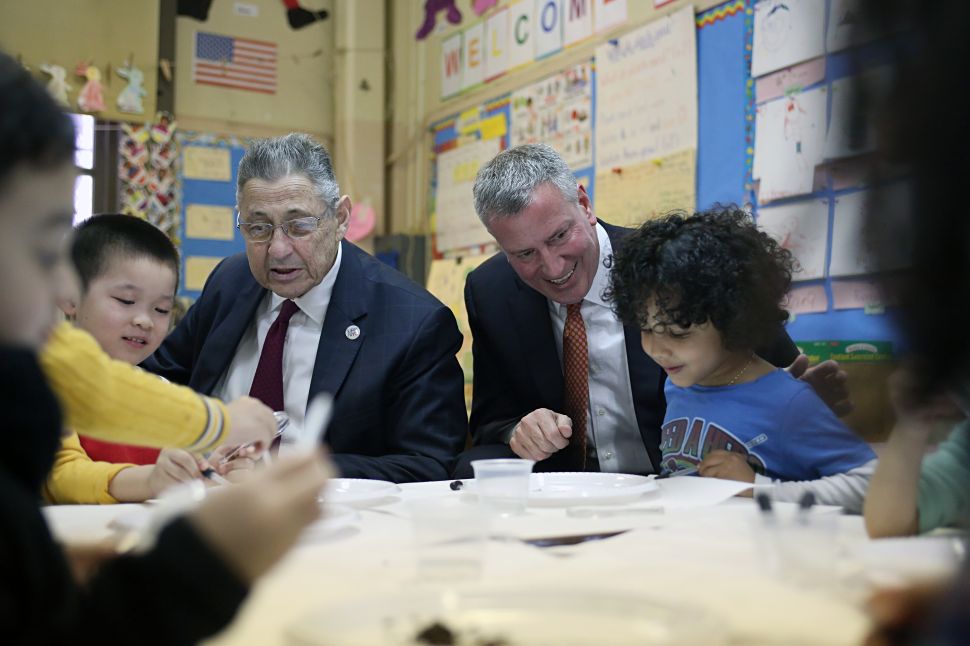