A new bill that would subject proposed new hotel development to additional community review is already facing dissent from the hotel and building industries.

The bill, introduced by Brooklyn Councilman Jumaane Williams, the chairman of the council’s buildings committee, would require all construction plans to undergo nonbinding review by local community boards at public hearings.

The legislation was first reported in The Wall Street Journal last night.

At the council’s first hearing on the proposal this afternoon, Mr. Williams argued that new hotel developments can sometimes be detrimental to neighborhoods.

“I think there are some communities where a hotel is not in the right place,” he said today, citing the need to stop seedy motels and over-saturation.

Others, however, weren’t so sure. Josh Gold, the director of political and strategic affairs at the Hotel Trades Council, which represents hotel works, complained that hotel groups had been cut out of the discussion on the proposed legislation.

“We have concerns about the process that led to this bill,” said Mr. Gold, who said he was only notified of the proposed legislation approximately one week ago. “This bill as currently written requires more of a conversation with stakeholders.”

James Colgate, an architect and attorney for the city’s Department of Buildings, also voiced concerns over a “whole host of operational questions” that could arise from the bill, including what happens if building plans are amended after a community board review, or how mixed-use buildings that combine a hotel and apartments would be considered.

But Mr. Gold and Mr. Colgate claimed even these measures were redundant. Communities have “a lot of power of information through the Department of Buildings’ website and through other systems,” Mr. Gold said.

Following the meeting, Mr. Williams’ office said it would include the bill’s opponents in further discussions.

“HTC and all relevant advocates will be involved in the crafting of this legislation, as we seem them as critical to this process,” his spokesman, Nick Smith, said in an email. “Council Member Williams has been in touch directly with Josh Gold.”

In an interview, Mr. Gold said that he and Mr. Williams had been in contact before the meeting and that they had scheduled a discussion three weeks from now.

“We found out about this a couple of days ago,” Mr. Gold reiterated. “We’re going to do research and find out what impact this bill has.” 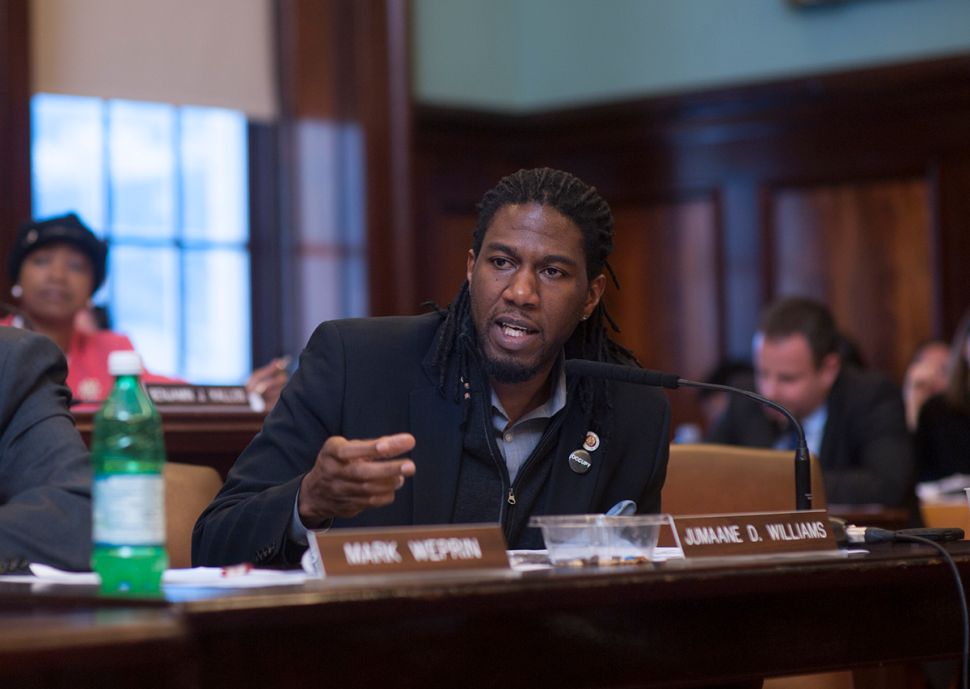