NEWARK – A general observation of the Republican candidates who have come out to challenge incumbent U.S. Senator Cory Booker (D-NJ) in November is that they are not the best-known field of GOP contenders.

Jeff Bell, Brian Goldberg, Rich Pezzullo and Murray Sabrin have battled it out among GOP county committees in advance of the June primary. Meanwhile, Gov. Chris Christie continues to court Republican movers-and-shakers nationally despite his Bridgegate and Sandy aid problems at home.

PolitickerNJ.com asked Booker if he thought that the apparent lack of serious competition in the upcoming U.S. Senate race was a sign that Christie, a native Newarker who has built a bipartisan relationship with Booker, had not done enough to build up the Garden State GOP.

“Sincerely, my focus right now is doing my job as a United States Senator,” said Booker at an event on Friday at Newark’s Riverfront Park where Environmental Protection Agency (EPA) officials and others announced a major effort clean up the contaminated Passaic River. “For me right now, it’s not political season. It’s about focusing on serving New Jersey.

“[The Republican U.S. Senate candidates] have got a primary. After the primary, then it will be time to start talking about the election,” Booker added. “I don’t have a primary. I have the fortunate benefit of being able to focus full time on doing my job that the people of New Jersey elected me to do.” 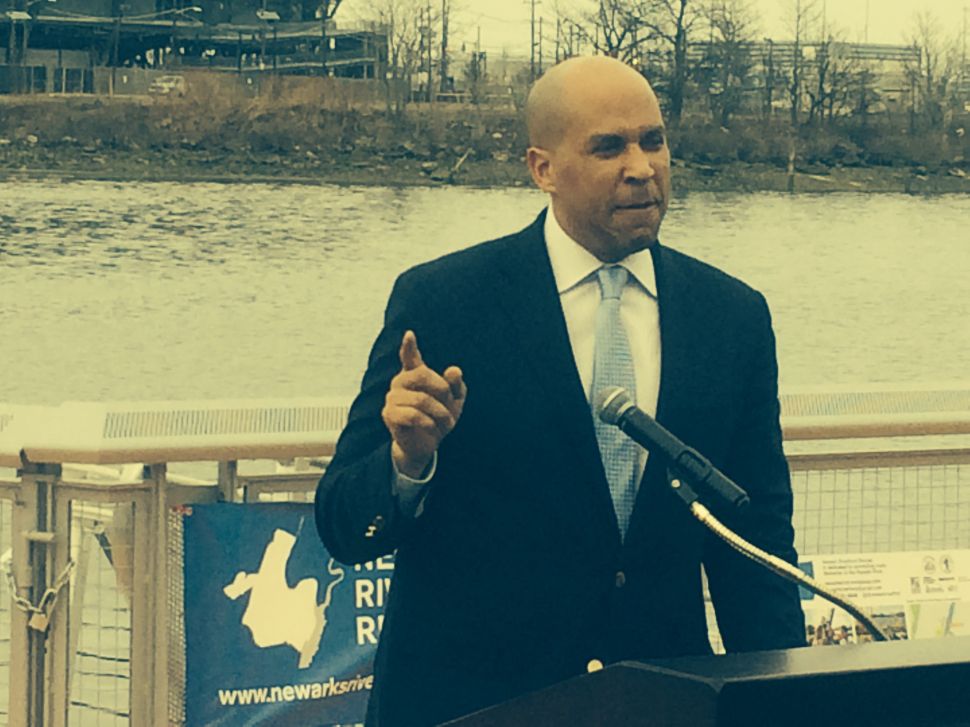