PATERSON – They’ve run against each other before, but not like this.

Back then it was Jose “Joey” Torres on the inside and Andre Sayegh in the hinterlands of the 6th Ward clawing to get in.

Now Torres, on the outside, sees the insiders lined up behind the man he once saw as mostly a nuisance, and at least in the context of that 2010 race, little more than a spolier.

But when Torres’ allies walked from campaign headquarters to City Hall on Monday, those forces demonstrated a hard-edged battle line.

Running for mayor of Paterson in one of the most closely observed contests in the state and on the verge of tonight’s only televised debate, the candidate claims momentum as he charges toward May 13th.

“I’m humbled and honored by these significant endorsements,” the 6th Ward Councilman said, referring to the support he landed this week of U.S. Rep. Bill Pascrell (D-9) and Assemblyman Benjie Wimberly (D-35).  “These are two powerhouses in Paterson. We raised a considerable amount of money and knocked on 10,000 doors, and this adds to the momentum we are building up.”

A surge of air sirens, bullhorns and mayhem cultivated by rival campaigns made it difficult for Sayegh and his allies to be heard on Monday as they stood in front of City Hall.

“I believe it was poor form,” said the candidate, reflecting on the protest. “Here is my advice: you should save your energy for May 13th. They should have been out seeking to touch voters.”

In an eight-person field of combatants, Sayegh says it comes down to himself versus former Mayor Torres, another hard-charging candidate in this race, whose campaign headquarters a block from City Hall has the veteran in striking distance to his old throne of power – but hampered by establishment support that now stands with his young rival and complicated by the presence in the race of another Latino candidate: At Large Councilman Rigo Rodriguez.

In the face of a political establishment all in now with Sayegh, Torres and others in the contest accuse the 40-year old council president of not being able to stand on his own feet politically in the city.

Torres allies also rejoice in being able to run a vigorous anti-establishment campaign now that Pascrell in particular publicly joined the Sayegh cause.

But Pascrell and Sayegh allies trust in the congressman’s overall favorability in his hometown (a television ad of the power players with the candidate shot on Monday is expected to run as early as this Friday), and Sayegh argues that his relationships will produce results if he is elected on May 13th.

“I’ve received an endorsement from elected officials on every level of government,” said the candidate. “These relationships will help Paterson secure resources we sorely need. I will have a better line of communication with Washington, lawmakers at the state level and Passaic County government.”

Sayegh ran for mayor four years ago, coming in a distant third behind Torres and winner Jeff Jones.

Torres holds Sayegh responsible for dividing the vote and enabling a Jones victory.

“Unlike 2010 many people feel I’m ready and I believe in my bone marrow that I am up for the challenge,” he said. I see it when I go door to door, I see people who weren’t with me who now are; who have seen me manage meetings as city council president and one thing they all say is they are impressed with my work ethic.

“My case is that in the last 12 years Paterson has suffered due to mismanagement, abuse and overall lack of leadership,” the candidate added. “We don’t need to turn back the clock, we need to turn the page. We are reaching out to every part of the Paterson population. I cultivated a great number of relationships in the city, and on May 13th I am expecting positive results for my candidacy. We are growing the campaign every day and with 13 days to go, we’re not counting the days we are making the days count.” 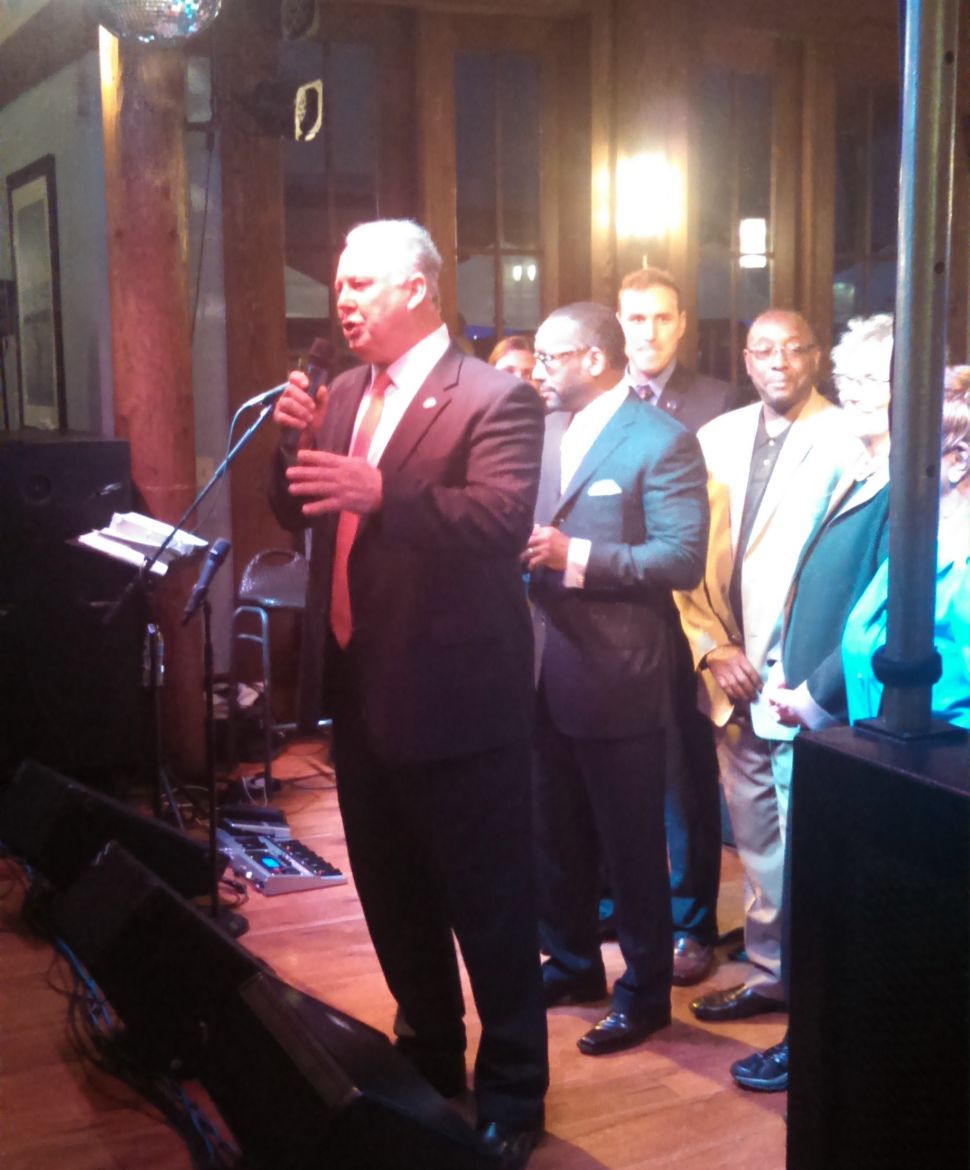