Public Advocate Letitia James recently showed up at a UPS site in Queens without notice and was surprised, shocked even, that she was, in her own words, “shown the door.”

We assume that the next time a random New Yorker shows up at her office in City Hall without an appointment doors will be flung open and the public advocate will be all ears.

Ms. James has taken sides in a labor-management dispute at UPS that led to the firing of 250 workers last week after the workers engaged in what management called an unauthorized work stoppage. The public advocate has called the firings unfair and has spoken at union-organized rallies to support the axed employees. According to Capital New York, she even threatened to re-examine tax breaks and city contracts that UPS receives from the city.

It’s hard to understand what role any city official ought to have in a private matter between a company’s management and its workers. But if she really were surprised that UPS managers had no interest in speaking with her when she showed up unannounced at the company’s Maspeth facility, well, her lack of experience is showing.

Ms. James has been playing the populist card in the UPS dispute, positioning herself not as an impartial broker but as an advocate for the workers, who apparently were warned that their jobs would be in jeopardy if they walked off their jobs to protest a colleague’s firing. “I sent a direct and stern letter to UPS asking them to sit down and negotiate,” she noted. Again, she apparently was shocked that UPS managers did not do as she so sternly requested.

This sort of rhetoric isn’t going to help persuade business owners that New York is serious about creating the kind of growth needed to reduce the city’s stubbornly high jobless rate of just under 8 percent.

As a spokesman for UPS put it, “Businesses and unions cannot operate in an environment that allows public officials to arbitrarily choose when employees can break collective bargaining agreements or demand when employers must disregard the terms of agreements, irrespective of the officials’ motivation.”

That’s precisely the point. Neither Ms. James nor any of her colleagues in city government ought to be dictating how UPS should resolve this dispute. They might offer their services and offices as mediators, but they should refrain from imposing solutions under threat of economic retaliation.

Ms. James is flat-out wrong on this issue. 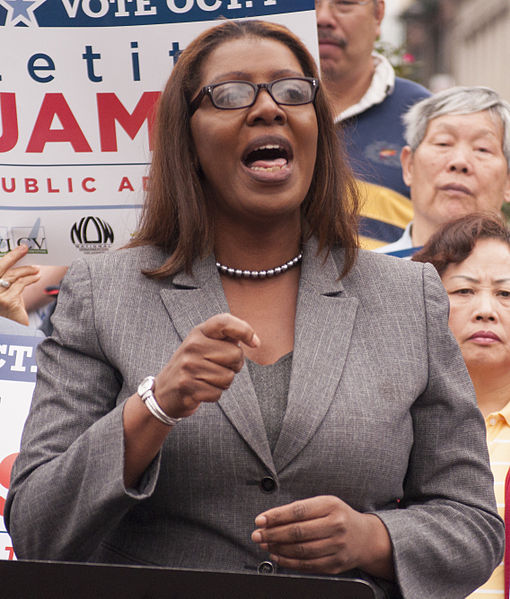