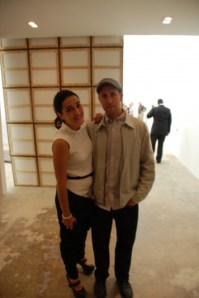 Carol Cohen, who has run the Lower East Side’s UNTITLED gallery with Joel Mesler for the past four years, will be leaving her job on April 20, after the gallery’s current exhibition of George Nakashima is over. UNTITLED will continue to operate under the leadership of Mr. Mesler.

The two dealers opened UNTITLED at 30 Orchard Street in September 2010 with a group show of artists including Phil Wagner, Henry Taylor and Matt Chambers. Mr. Mesler had previously run the Rental gallery, on nearby East Broadway. Before forming the partnership with Mr. Mesler, Ms. Cohen had worked for four years at Jay Jopling’s White Cube gallery in London.

“This was a big decision to make, ” Ms Cohen told us. She said she does not yet know what she’ll do next. “At a certain point, I decided that this chapter has closed and a new chapter will open.”