Why were there 25 dead cats in bags hanging from trees in Yonkers, NY? http://t.co/jOg42Zo9ib (Photo: SPCA) pic.twitter.com/bjUV00pdXl

We interrupt your totally normal, sane day for some truly deranged stuff.

Police in Yonkers stumbled on a tree in an abandoned lot containing 30 dead cats, all bundled in to bags and arranged super creepily around the tree’s branches.

“They were placed in small shopping bags, the plastic bags that you might get from an A&P or a ShopRite, and then they were hung from a tree,”  Ernie Lungaro, director of humane law enforcement at SPCA, told Vocativ. ”Some were severely decomposed. We got a couple that were still fresh, within the last few weeks maybe.

Bats and shovels were reportedly found around the scene. The SPCA of Westchester confirmed that a necropsy performed on three of the felines showed blunt force trauma as the cause of death.

The scene of the crime is only around 10 minutes walk from the Yonkers Amtrak Station, and surrounded by shops, restaurants and residencies.

“There’s a path that runs down to the businesses. Clearly, people have walked that path pretty often,”  said SPCA’s executive director Shannon Laukhuf. “It’s hard to believe that someone didn’t notice something. The smell of decomposition is overwhelming.”

The reason that nobody noticed 30 bags of decomposing cats may be because cat slaughter is not a new thing in Yonkers. Just last March, Yonkers police held a search for the person who poisoned more than a dozen cats.

That search was unsuccessful. Now, with this most recent — and grisly — discovery, Yonkers is not looking for the safest place for your feline friend.

Now if anyone needs us, we’ll be the person sobbing at the Catfe in Nolita. 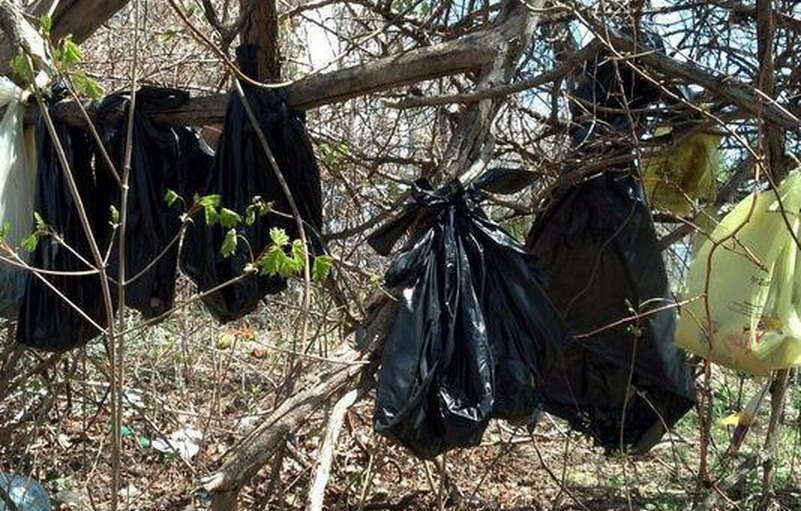