CHAMBER TRAIN – The Democratic candidates vying for their party’s nomination to succeed outgoing U.S. Rep. Rush Holt (D-12) may have been absent from Tuesday’s chamber trip to Washington, but that doesn’t mean their supporters were too.

The state lawmaker is hosting a fundraiser for Greenstein in late May, he said.

“I think all three candidates campaigns are looking at the entire district,” he responded when asked if he was working Mercer County to drum up support for Greenstein.

“I don’t think anyone is taking anything for granted,” he said.

And about whether he still intends to seek Greenstein’s Senate seat if it becomes available? 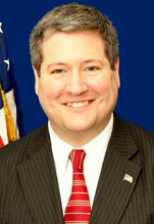