On the same week that former Alaska Governor Sarah Palin doubled down on waterboarding remarks she made, the campaign of CD3 GOP Primary candidate Steve Lonegan said it would welcome Palin in to campaign with the movement conservative candidate.

“Darn right I’d do whatever it takes to foil [terrorists’] murderous jihadist plots – including waterboarding,” Palin, a Republican, wrote in a Facebook post Monday night, following up on controversial comments made last weekend at the annual National Rifle Association meeting in Indianapolis. “Well, if I were in charge, they would know that waterboarding is how we’d baptize terrorists,” Palin told the NRA crowd.


The 2008 GOP nominee for vice-president came in last year to back up Lonegan in his unsuccessful campaign for U.S. Senate.

Also asked about Palin and her comments, the campaign of Lonegan’s rival, former Randolph Mayor Tom MacArthur, kept its head down.

“We’re focused on meeting, talking to and winning the votes of people in the district, where we have the support of more than 160 Republican leaders to help us carry our message,” said Campaign Spokesman Chris Russell. 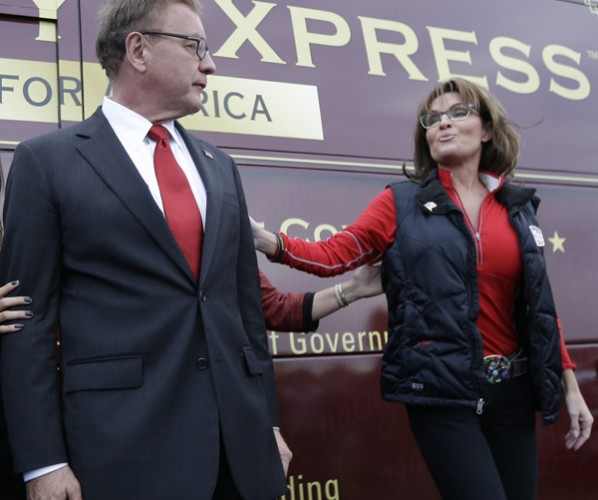