His word of choice for the Republican establishment candidate?

In the CD3 television ad, which went up this morning, Lonegan savages Macarthur’s record as mayor of Randolph, calling him out for raising taxes and building low-income housing in the Morris County town.

“Like Barack Obama, he did it to promote diversity and social engineering,” says the voice in the ad as the screen juxtaposes a picture of Obama and MacArthur.

Paid for by Lonegan for Congress, the ad lands two and a half weeks after MacArthur released his own positive, introductory ad to the district following MacArthur’s endorsement by the Ocean County Republican.

“Steve Lonegan has made a career out misleading attacks and angry rants, and this ad is no different,” Russell said. “It is as shameful as he is shameless. The initiatives Tom supported in Randolph were senior housing, and homes built by Habitat for Humanity.  So, there you go, add two new groups to Lonegan’s enemies list  – senior citizens who want to stay in New Jersey and Christian charitable organizations.  Is it any wonder why Lonegan has lost five elections for higher office?

“This is proof that Lonegan knows his dreadful record as Mayor can’t compare with Tom MacArthur’s conservative record in Randolph,” he added. “The fact is that Lonegan regularly raised taxes and took taxpayer-funded bailouts from Trenton Democrats at least six times to artificially balance his budget. Then when running for Governor, Lonegan proposed raising taxes on 70% of New Jerseyans, which a former State Treasurer called an assault on seniors and the middle-class.” 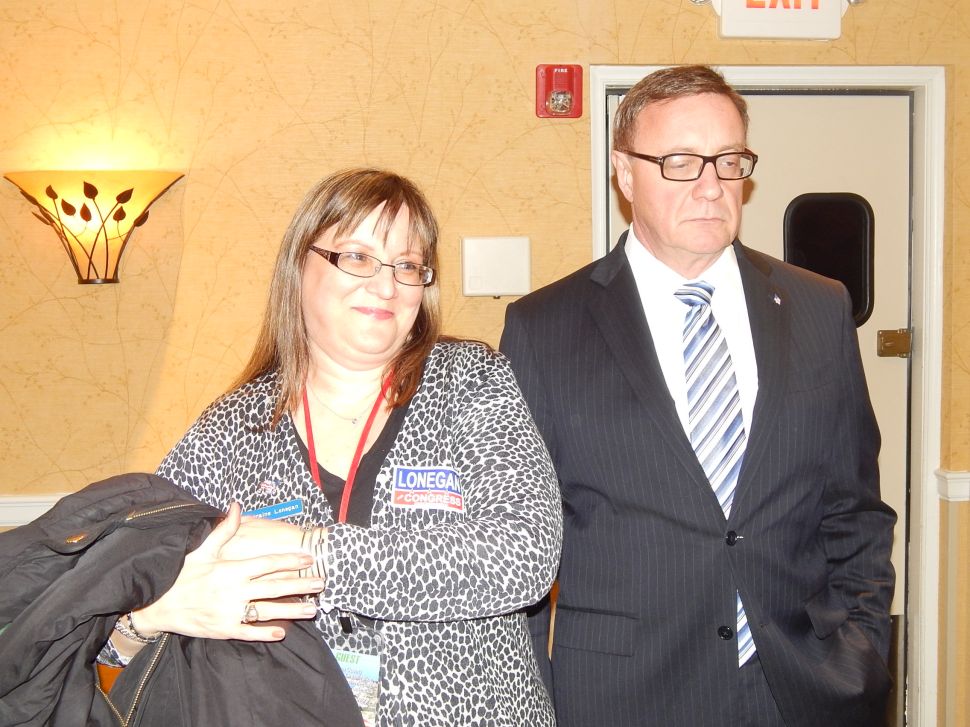