The Independence Hall Tea Party PAC wants the Lonegan Campaign to apologize for a comment posted by Loneganite Rick Shaftan, suggesting that the PAC endorsed Tom MacArthur in the NJ 3rd Congressional District race in exchange for a monetary bribe.

Citing the group’s history and recorded opposition to Lonegan, Shaftan laughed off the request as absurd at best.

“After discussing the matter with the PAC Board, our Executive Committee has decided to demand an apology for the many lies the Lonegan campaign has been spreading about our group in the past few months in order to discredit our hard work,” said PAC Vice President and Burlington County, NJ resident, Bill Green, who lives in the 3rd Congressional District.

Lonegan is vying for the Republican nomination for Congress in the 3rd District to replace retiring U.S. Rep. Jon Runyan (R-3).

“First of all, I’m not working with the campaign although I’m supportting Steve,” said Shaftan.

“But they are a fraud,” he added. “This is the only Tea Party group that endorsed Mitt Romney. These guys are the Vichy French of the Tea Party movement. They’re the guys who say ‘Viva la France,’ and then you can’t find them when the fighting starts. Come on. They hate Steve Lonegan because Steve wouldn’t recommend Don Adams [Independence Hall Tea Party member] to a leadership position in Pennsylvania. They turned on Steve. These are the guys who endorsed Runyan in his first primary. I mean, have they ever endorsed a candidate that was backed by another Tea Party group.

Now the Independence Hall group intereprets hatred in his comments, pointing out that the “history of charitable giving” quotation was a direct reference to the In God’s Hands Charitable Foundation that MacArthur, along his wife, founded in honor of their deceased daughter who died at a very tender age.

The PAC referenced the charity in a comment, which appears under the story written by Herb Jackson, noting the PAC’s endorsement of Mayor MacArthur.

“Its bad enough that a month earlier, Mr. Lonegan was calling us ‘bitter, washed-up people’ who ‘belong in Pennsylvania,”’ said Green.   http://articles.philly.com/2014-02-08/news/47129718_1_newark-mayor-cory-booker-third-district-tea-party-express

“Besides myself, two additional Board members live in the 3rd District,” he added. “As well,we have a following of several thousand members in the Garden State–many of whom also live in the district. Mr. Lonegan and his campaign surrogates have been making assertions that our PAC does not have the right to be involved in the 3rd Congressional District race even though many of our members and friends, including me, have lived here for most of our lives [unlike Mr. Lonegan].”

For the record, neither does MacArthur, setting up a showdown of carpetbaggers, in the eyes of disgruntled 3rd District party members who say they must choose between Bergen (Lonegan) and Morris County (MacArthur).

“We endorse Tom MacArthur because we believe that he is the conservative candidate with the best chance of winning in November–and taking our fight against ObamaCare, out-of-control spending, taxation, and regulation, to Washington,” Green said. “Tom will also be a staunch defender of Second Amendment rights. In endorsing Tom MacArthur, we have pointed out the truth–that Mayor Lonegan is 0 for 5 in his bid for higher office.” 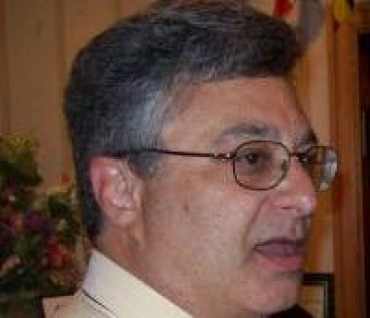