Continuing a steady roll out of endorsements from Washington colleagues, Congressman Charlie Rangel will announce the backing of an Illinois congressman later today.

Chicago’s Luis Gutiérrez, the chief sponsor of the Dream Act in Washington, will endorse Mr. Rangel, whose camp is hoping the nod will remind voters in the immigrant-heavy uptown district that Mr. Rangel is still needed in office.

“As I lead the fight for comprehensive immigration reform, no congressman has done more than Congressman Rangel. He is invaluable in this effort, and losing him at this critical juncture would be a blow to creating a path to citizenship, passing the Dream Act and providing young, hard-working immigrants with the same opportunities as every other young person in America.” Mr. Gutiérrez said in a statement to the Observer. “Republican legislators who oppose immigration reform would be emboldened if Congressman Rangel were taken off the playing field because they know that when Congressman Rangel speaks this nation listens.”

“Simply put, I need Congressman Rangel by my side at this time to achieve the immigration reform this nation needs. And that is why I will do whatever I can to ensure his reelection,” he added.

The district, roping in heavily Latino areas in upper Manhattan and the Bronx, narrowly re-elected Mr. Rangel in 2012 after he endured a vigorous challenge from State Senate Adriano Espaillat, a Dominican-American lawmaker running again this year.

As prominent local Hispanic pols like Council Speaker Melissa Mark-Viverito desert Mr. Rangel for Mr. Espaillat (Bronx Borough President Rubén Díaz Jr. is reportedly planning to back Mr. Espaillat, too) the Harlem congressman has been leaning on big-name national colleagues to pick up the slack. Senators Chuck Schumer and Kirsten Gillibrand recently endorsed his reelection, along with Congressmen Joe Crowley and Gregory Meeks, as well as Congresswoman Grace Meng. 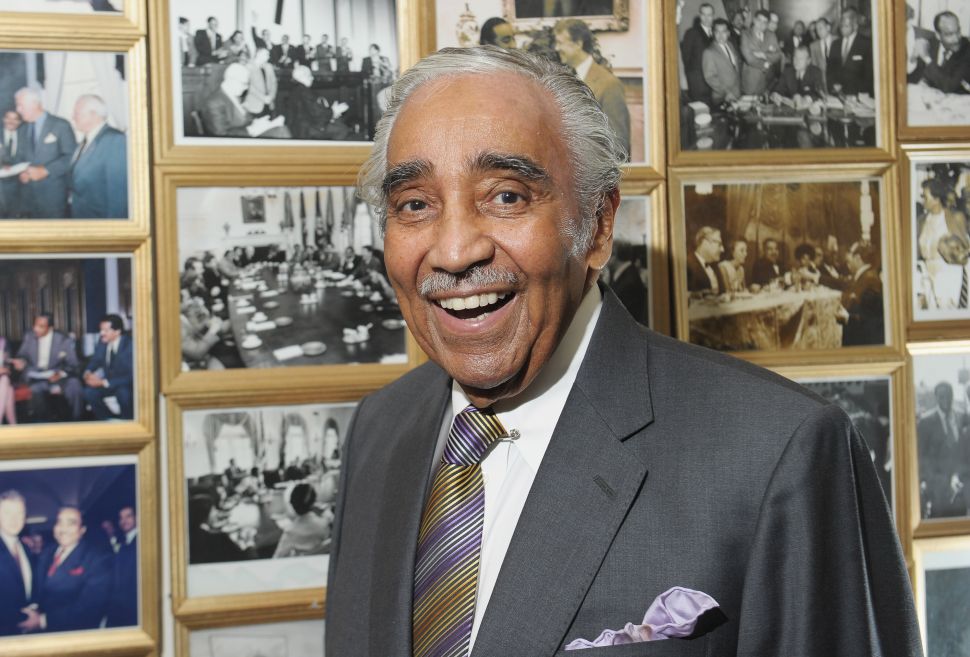