EAST RUTHERFORD – For many in Bergen County and around New Jersey, the Meadowlands Xanadu project adjoining the area’s sports complex has been a nightmare, with the injury of five years of relative inactivity compounded by the insult of a garish facade that invokes groans, not glee.

But on Monday, there was hope that the Xanadu ordeal will now be transmogrified into a dream, specifically the American Dream Meadowlands project, Xanadu’s successor.

Representatives of the latest project developer, Triple Five, and North Jersey labor leaders signed a project labor agreement intended to spur the recommencement of construction on the $2 billion project within weeks, a development praised in person by Governor Chris Christie.

“What today’s project announcement means is jobs – jobs for them,” said Christie, nodding towards the hundreds of hard-hatted construction workers arrayed behind him. “Jobs for their families, jobs for people here in New Jersey.”

The project is expected to generate more than 9,000 jobs. With Paul Ghermezian, Triple Five’s CEO, looking on, Rick Sabato, president of the Bergen County Building and Construction Trades Council, explained why the resurrected project meant so much to local workers.

“We wouldn’t be here today if it wasn’t for business, government and labor working together on this project. It’s such a huge project,” Sabato said. “There’s been so many obstacles in the last four years. Every time that we thought we got over a hurdle, we had another hurdle in front of us.”

Upon the project’s goal of a 2016 opening, more than 400 retailers, a more than 600,000-square-foot indoor amusement park, an aquarium and a performing arts center are expected to be in place, among other attractions.

The retail and entertainment project located at the Meadowlands site has been troubled since its inception in 2003. And with a Bergen County Executive’s race coming soon in November, politics is just a shallow backhoe scoop away.

Wolff & Samson, the firm led by David Samson, the Christie-appointed former chairman of the Port Authority of New York and New Jersey, now under siege because of the ongoing Bridgegate investigations, represents the project. The project received a close to $400 million tax break in 2013 by the state Economic Development Authority, as well as hundreds of millions in publicly-financed bonds. The role of Wolff & Samson has been a continuing point of friction in Bergen County government, with the law firm recently ending its relationship with Bergen County government a few weeks after a freeholder vote calling for Samson’s resignation from the Port Authority.

“I’m confident this is different because there has been a push to get this done. The Ghermezian family has not wavered,” said Donovan, referring to the develop family that announced that they would take over the troubled project in 2011. “This is a home run for Bergen County and the surrounding area.”

“Things will be different this time because everyone is behind it,” Tedesco said. “They showed some of the conceptual images of the project, and what a difference from the dump that is here today.”

But New Jersey Policy Perspective, a liberal think thank, was less than impressed with the American Dream Meadowlands project.

“Pledging nearly $400 million to bail out a megamall is not smart economic development. Instead of placing bets on huge entertainment projects like Revel and, now, American Dream, New Jersey policymakers need to invest in assets that are proven to grow the economy and create good jobs,” said the group’s president, Gordon MacInnes, in a written statement. “Reversing the state’s slow crawl out of the recession and returning New Jersey to economic powerhouse status will not be easy – and huge tax subsidies like this one will only make it more difficult.” 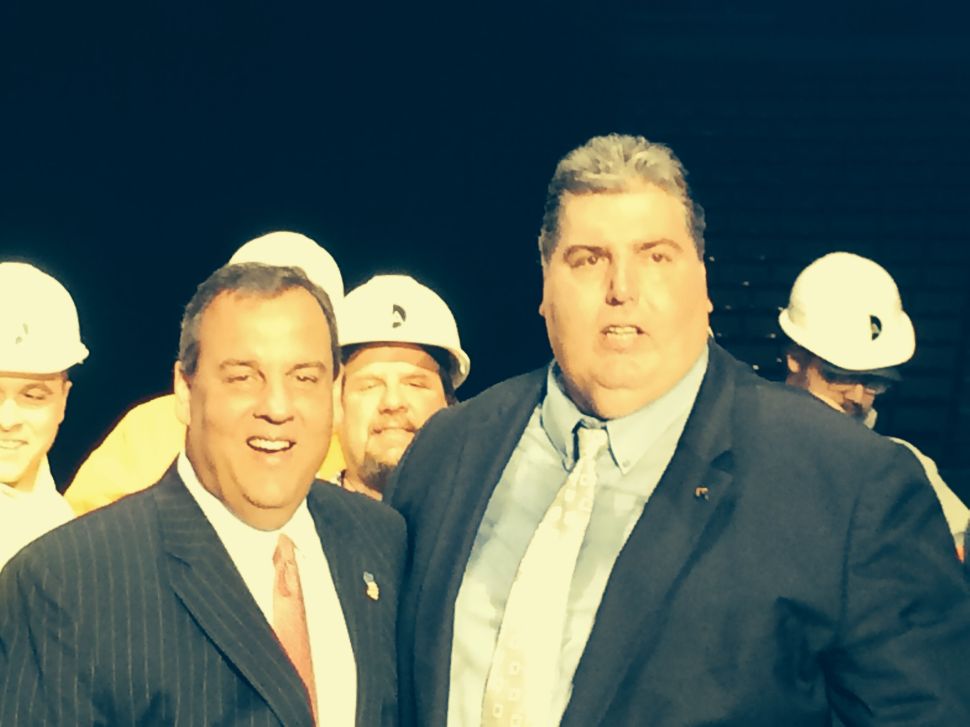