The City Council is moving forward with a package of legislation that would ban anonymous campaign mailers and force Super PAC-like groups to list their top donors in print.

The bills, sponsored by Councilmen Brad Lander and Dan Garodnick, will get their first hearing this afternoon. They follow a heated election season that saw a spate of anonymous attack mailers that often included inaccurate and incendiary material, especially at the City Council level.

Mr. Garodnick said his bill, which would require all communications to include information about the candidate or committee that paid for them, was aimed at filing what he described as “a glaring hole” in city regulation.

“If somebody’s going to send an attack ad, they shouldn’t be able to do it anonymously. Step up. Show yourself. And take responsibility for your communication. That’s what this is designed to do,” he told the Observer. “My hope is that it will create more positive communications at the end of the day.”

Mailers would also have to list the “Top Five Donors” to the independent expenditure group that paid for them in the previous twelve months, and feature the wording, “This advertisement is funded by an independent expenditure, and is not subject to the contribution and expenditure limits that apply to candidates in the NYC Campaign Finance Board’s public matching funds program. More information at nyccfb.info.” Similar rules would apply to paid television, internet video and radio ads.

“We were appalled by what was happening and how much money was flowing in through IEs,” said Mr. Lander in an interview yesterday. “The first goal of this legislation is to provide as much as we can to people when they receive or hear it …. It’s important for voters to know that, to have some context, to know where it’s coming from.”

This summer, Mr. Lander went event further, floating the idea of slapping cigarette-style warnings on IE mailings (“Warning: This mailing is toxic to Democracy,” he thought they should say), but dropped the idea assuming it would be challenged in court.

“The goal here is to get, in my opinion, the maximum possible disclosure to enable voters to know who’s paying for these and what they’re about and where they’re coming from, but to survive the scrutiny the Supreme Court has applied under Citizens United,” he said.

Mayor BIll de Blasio has spoken in favor of more regulation in the past, but his office did not immediately respond to a request for comment on these particular bills. 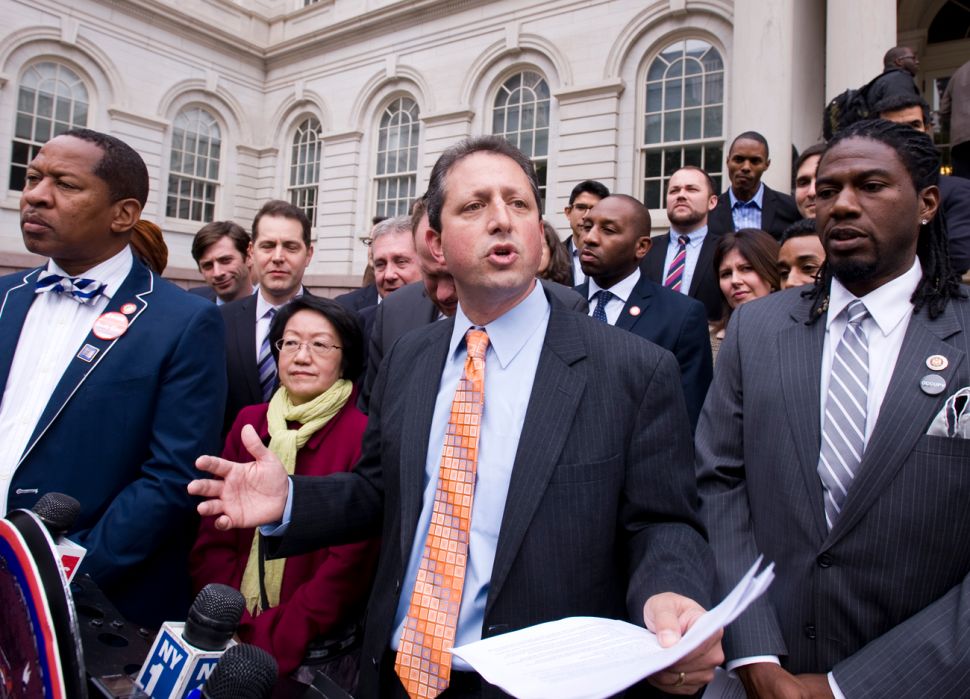