Congrats to Danny Strong, Observer profile subject, Emmy-award winner and all-around fantastic writer/actor…and now director! The Butler scribe will be directing a film about J.D. Salinger, according to The Hollywood Reporter, along with penning the third and fourth Hunger Games movie installments.

Mr. Strong, who could be seen earlier this year in GIRLS playing Elijah’s bitchy new boyfriend, Pal (great name!), is set to direct the biopic Salinger’s War, based on the book JD Salinger: A Life by Kenneth Slawenski. That Mr. Strong bought the book’s rights with his own cash and then wrote the script himself is testament to how strongly he believes in this project, or how much he related to Holden Caulfield growing up. Or both!

Mr. Strong told the Observer: “The film is in many ways the creation myth of The Catcher in the Rye. It’s a beautiful story about what how great art is created and the sacrifices the artist makes to create it.’

Salinger’s War follows the Catcher in the Rye writer from his early days trying to establish his career in New York’s literary circle in the early 1940’s. After numerous rejections, he finally finds his voice writing about a character named Holden Caulfield. Right as his career is about to begin, WWII breaks out and Salinger goes off to fight. His experiences at war forever change him, and help him to finally find his voice as a writer.

CAA packaged the deal and is repping North American rights.

Mr. Strong had previously written Game Change and Recount for HBO. He has appeared in shows like Buffy the Vampire Slayer, Mad Men, and Gilmore Girls. 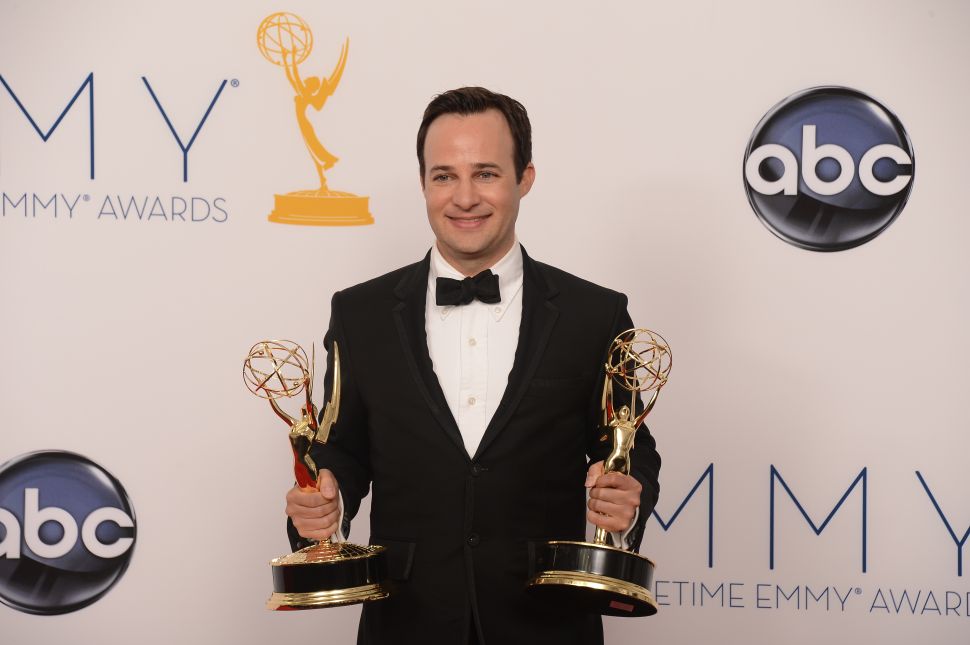