Here is the thing about David Letterman: as much as I love that gap-tooth son of a bitch, I will never, ever forgive him for that show title. The Late Show. Come on. As a young blogger of the media world, I, who had never owned a television (I went to Oberlin, no big deal), was supposed to differentiate The Late Show from Late Night and also The Tonight Show, which, when combined, included all the words of Mr. Letterman’s program. (With a few left over.)

That these shows also represented how royally NBC screwed Mr. Letterman–his former late night slot and the one hosted by Carson that made his career before unceremoniously (or ceremoniously, it was all very pomp and etc.,) giving it to Leno–was an unhappy, not-total coincidence.

So now Letterman is leaving, on the heels of his longtime adversary, though the date has not been set yet, and I can finally say, “Yes, I get it. It’s The Tonight Show with David Letterman.”

At least I’m in good company. The New York Times also got the name wrong. 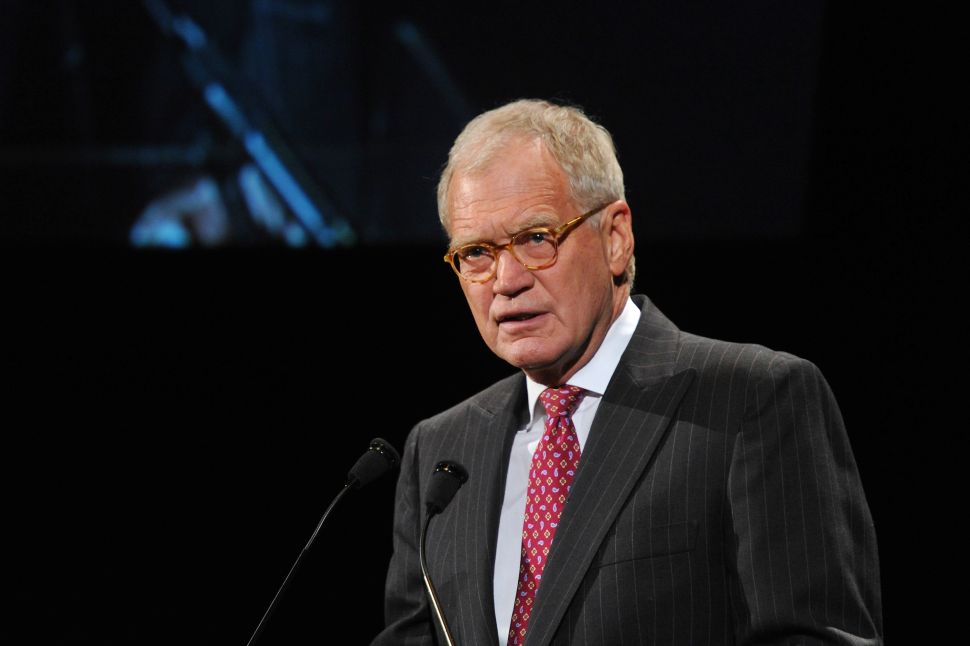