Mayor Bill de Blasio met today with council members from both sides of the aisle, and spent about 40 minutes discussing housing issues and making clear to members he wants an open dialogue between both sides of City Hall.

The mayor, members said after the meeting, spent much of his time discussing the affordable housing plan he’s set to unveil next week, and expressing his eagerness to work with the council going forward. Mr. de Blasio’s plan will outline how he intends to build and preserve 200,000 units of affordable housing, and is expected to include many new incentives to developers to add more and cheaper units.

“We are eager to work with you guys, in partnership, to make development work, to get more affordable housing and jobs and open space and school seats and help grow, improve and strengthen our communities. And we want to work together,” Brooklyn Councilman Brad Lander recalled the mayor saying. “We want to find all the ways we can to work in partnership to do that.”

He said the meeting was also significant because it was the first of its kind. “It’s the first time a mayor has come to the council in my tenure here, so I just think having him there to talk with us and do a Q&A was pretty significant and a nice thing,” Mr. Lander said.

While some weren’t quite sure about the point of the meeting, with included other high-level members of the administration, members said they appreciated the outreach.

“It was a great opportunity for us to talk with the mayor about some of the priorities we have when it comes to real estate development, how we want to ensure open spaces, we want to ensure affordable housing, we want to ensure that we use [women and minority-owned] businesses whenever possible and talked about how we’re going to work together now that we have a mayor who’s on the same team,” Councilman Mark Weprin said.

Speaking to reporters earlier today at City Hall, Mr. de Blasio, who spent eight years as a councilman, said the experience had given him “a special appreciation for the work that council members do for the legislative process.”

“It was eight years of my life. And so for me, what I want to do is communicate directly some of the core things we’re working on and hear what the council members are feeling,” he said. “I think there’s a great atmosphere of partnership, and I think it’s important to continue that with a regular dialogue. And so I wanted to do it in this fashion.” 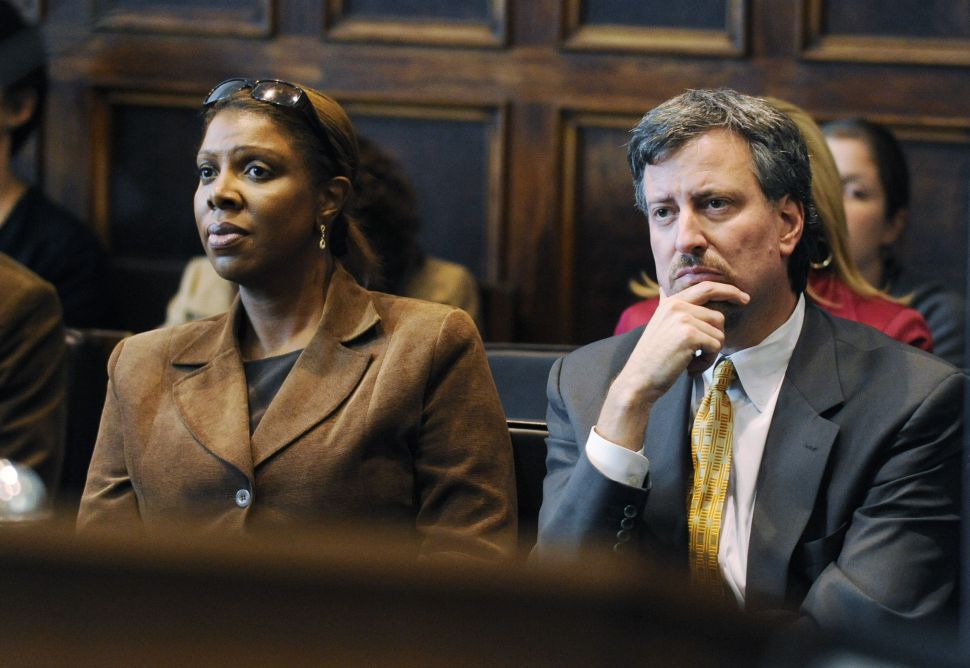