Mayor Bill de Blasio today revealed that he placed a personal call to CBS head honcho Les Moonves yesterday, urging the network to keep the Late Show With David Letterman in the city after its host’s departure next year.

“I had a very good conversation yesterday with the man who will actually make that decision, Les Moonves, and I emphasized that New York has been an extraordinary home for the Late Show and that we think it’ll be a great home for the Late Show going forward. And I’m hopeful that that’s what will come to pass,” he told reporters at an unrelated press conference this afternoon.

Mr. Letterman announced last week that he will be leaving the late-night gig after more than 20 years, promoting Los Angeles Mayor Eric Garcetti to write a letter to Mr. Moonves urging him to consider shipping the show across the country. L.A. recently lost the competing Tonight Show to New York.

But Mr. de Blasio made the case the Big Apple is the better setting.

“I think we have so much to offer,” he said. “And the proof is in the pudding. Obviously, David Letterman made rich use of his surrounding environment of New York City, and I hope that his successor will do the same.” 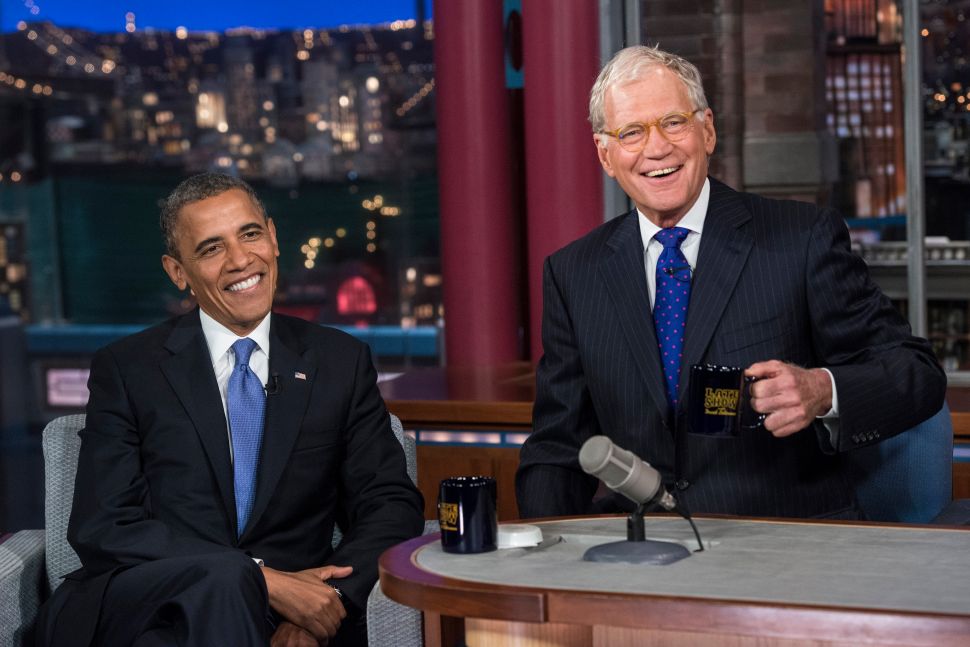