Mayor Bill de Blasio today jumped to Rev. Al Sharpton’s defense following revelations that the civil rights leader had served as a confidential informant to federal authorities trying to take down mob bosses in the 1980s.

Asked about the report today at an unrelated press conference, Mr. de Blasio, who has become a close ally of Mr. Sharpton, reiterated his support for the reverend.

“Doesn’t change the relationship one bit. I’m very proud to be his friend. I think he has done a lot of good for the City of New York and for this country,” Mr. de Blasio said.

The mayor further pointed to Mr. Sharpton’s own remarks this morning at a hastily-called press conference where Mr. Sharpton argued that cooperating with the police was a laudable act.

“What’s obvious from what he said this very morning is that he was asked by the FBI to support their efforts and he agreed to help. And that’s what a citizen should do,” Mr. de Blasio said. “And so I have the exact same positive view of him I had before.” 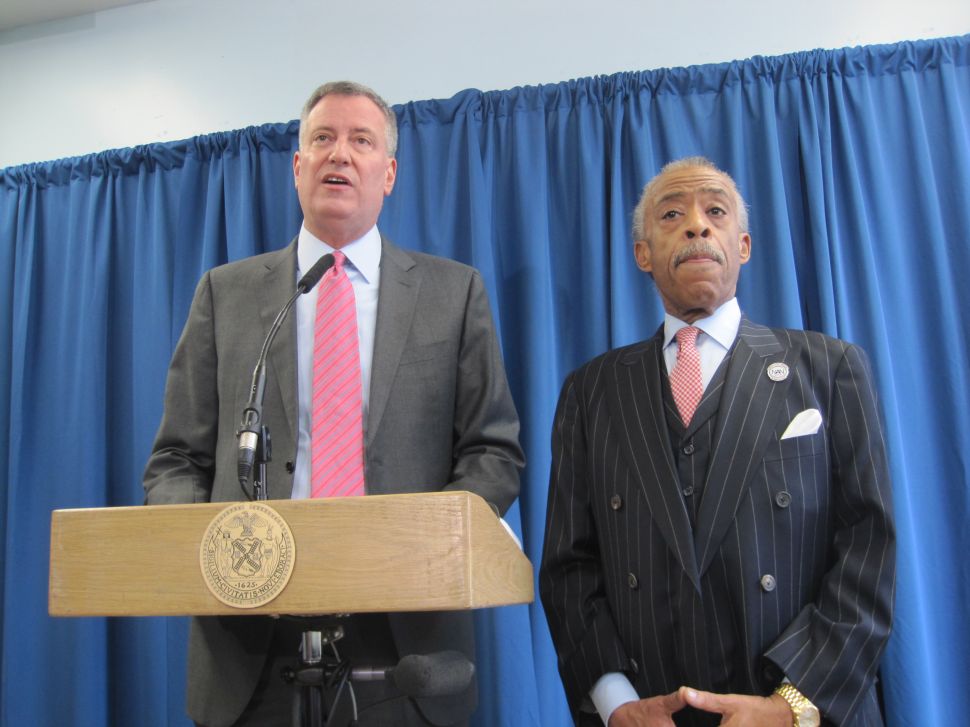