He appeared to undercut his efforts at every turn. He accused him of trying to forge a “tale of two states.” But Mayor Bill de Blasio harbors no resentments against Gov. Andrew Cuomo following their bruising budget fight, he said today.

“We had some disagreements. There’s not exactly a state secret. But we also had some very substantial areas of agreement. And we got a lot done,” Mr. de Blasio said when asked about the widespread perception that Mr. Cuomo repeatedly undermined the new mayor as they clashed over pre-K, charter schools and homeless subsidies.

Speaking to reporters during a roundtable discussion, Mr. de Blasio insisted that the pair’s relationship was marked with “constant communication” and “plenty of mutual respect. And obviously the final score card makes clear we were able to get a lot done for the city of New York.”

Mr. de Blasio also stressed their long relationship, which began when Mr. de Blasio worked for Mr. Cuomo at the Department of Housing and Urban Development.

“Imagine anyone that’s been in your life for almost two decades. You know I know him real well, we’ve been through all sorts of things together,” he said. “In the final analysis we got a lot done here. It’s fine if we had some disagreements. That’s natural. We still ended up in a good place and we’re going to work together on a whole host of things.”

“You see it on the homelessness funding. You see it on the HIV/AIDS funding,” he added. “These are the things that he and I started working on almost 20 years ago. And so in the end, that foundation helped in terms of getting to a positive outcome.”

Mr. Cuomo also weighed in on his relationship with Mr. de Blasio this morning, insisting the recent spats would not have any lasting impact at a press conference hailing the passage of the state’s budget.

“No. I’ve known the mayor for over 20 years. He’s a personal friend. I have tremendous respect for him and affection for him. We’ve been together a long time. And this is a very good outcome for New York City and off New York State,” said Mr. Cuomo, who pointed to Mr. de Blasio’s big win securing pre-K for the city, even if it comes without the mayor’s signature tax hike proposal. 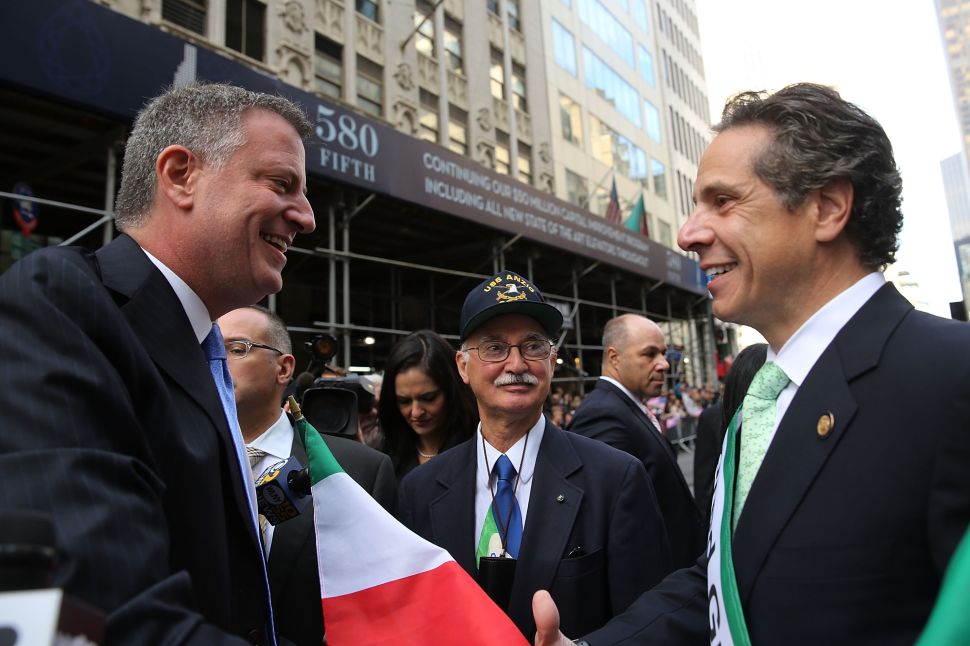