The campaign of Council President Andre Sayegh dispatched the mayoral candidate to the 4th Ward this weekend in a pinpointed effort to reach African-American voters.

“The campaign is fully immersed and fully invested,” said Sayegh of the ward in question, which Jones carried against Torres and Sayegh in 2010.

Convinced that the incumbent mayor is mortally wounded after four trying years and stirred by the sight of a less than vibrant campaign HQ around the corner from the Market Street-dominant optics of Torres’ headquarters, Sayegh’s allies want to peel votes out of Jones’ base to position themselves for a May 13th head-to-head with Torres.

But Sayegh is not the only one taking his brand into the 4th.

Possessed of key campaign support Goow had in the past, the Sayegh Campaign believes it has a technical edge in being able to identify and get out voters.

Sources says Sayegh will need pockets of those voters in order to break into a base of Puerto Rican and Hispanic voters that Torres built starting in the 1980s.

The council president constructed a political alliance with the Bengali community of the city’s 2nd Ward, and secured the endorsement of Councilman Mohammed Aktaruzzaman, who twice defeated Goow. Sources inside Sayegh’s campaign say they are confident their candidate will do better than four years ago in his home 6th Ward.

The council president needs African-American support to catapult his campaign beyond those core pieces of support, say sources.

“We are a multi-cultural campaign,” Sayegh said.

If the former mayor has the biggest sign presence in the city and garish displays of campaign dominance, Sayegh field operatives – former Torres mercenaries with a Democratic Party aligned now behind Sayegh – say they have better micro-instruments of war.

Meanwhile, Goow plans his own energized foray into the 4th this coming weekend, where the mayor also faces the grassroots opposition of former Councilwoman Vera Ames-Garnes, who backs mayoral candidate Donna Nelson-Ivy.

“There are votes to be had everywhere,” Jones said. “Voters have to hear a different message, and so their decision to campaign in the 4th is not misplaced. I wish them luck. I’m more than happy to go back there again and campaign. This is a highly in-tune community. It’s about time the 4th ward is taken seriously.”

As for Nelson-Ivy’s and Ames-Garnes’ efforts, “All respect to the former councilwoman,” Jones said. “Clearly their relationship is about the woman’s movement. I don’t know when a movement of that nature should begin, but as the director of the city’s health and human services division, it makes sense for Nelson-Ivy to campaign there. The winner of this election will need to take all voters from all wards.” 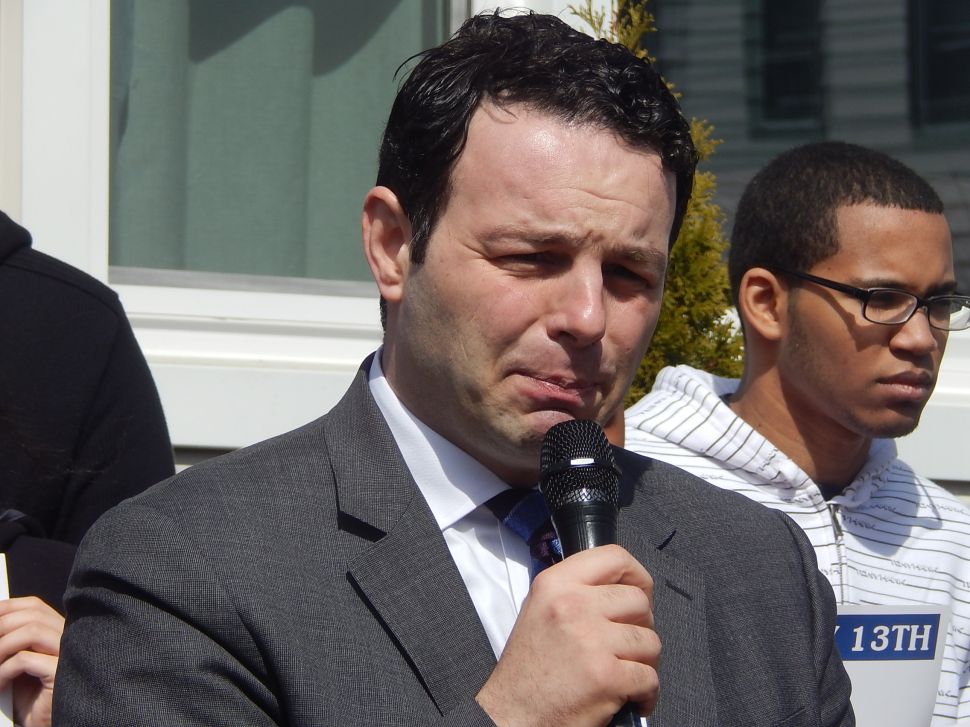