This man knows how to sell perfume.

Got a big date coming up? Naturally you want to smell like jackhammer debris and soldering iron residue. For a measly $200, you’re in luck.

Perfumery Bond No. 9 has released its latest neighborhood-themed perfume, Hudson Yards. Hudson Yards, of course, being the largest development in New York since Rockefeller Center and still under construction.

“This is something we’ve never done before, because we are blessing a neighborhood that is still being built,” Douglas “The Bond Guy” Marshall says in the Hudson Yards video review.

Hudson Yards, first reported by DNAinfo, is just one of a multitude of neighborhood-centric scents released by No.9. The company also boasts the “spring time wake-up call” Central Park West and a “sultry. mouth-watering” China Town, among others.

Still not sold? Watch the whole review and be persuaded by the totally not awkward Bond Guy getting the opinion of passersby. 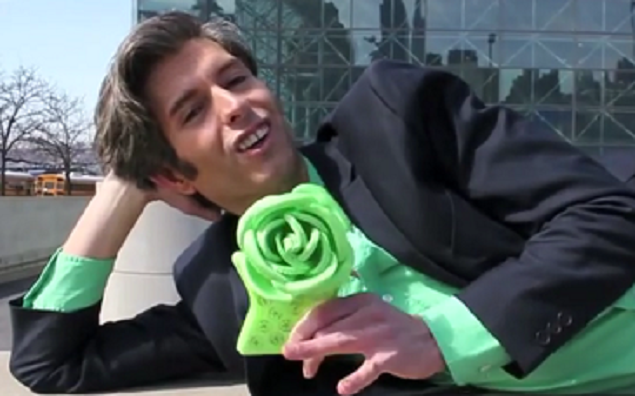