State Senator Adriano Espaillat has collected more than 8,000 signatures to get on the ballot–far more than the 1,250 needed, but less than half the number collected by the man he’s trying to unseat: Congressman Charlie Rangel.

Mr. Espaillat amassed 8,376 names, according to a campaign spokeswoman, in what his team stressed was an all-volunteer operation.

“I am thrilled by the barrage of support for my candidacy these petitions show,” Mr. Espaillat said in a statement to the Observer. “The strength of our grassroots volunteer operation will be instrumental to the success of my campaign and I am tremendously thankful to those who signed petitions in support of my candidacy.”

“The residents of the 13th District have shown that they believe I will be a uniting force in Washington to fight for affordable housing, to grow our economy on the small business level and to be a strong voice for truly comprehensive immigration reform,” he added.

Meanwhile, Pastor Michael Waldrond, a third candidate in the race, has collected 6,100 signatures, his spokeswoman Linara Davidson said today, stressing the operation was “a 100% grassroots effort,” with signatures collected solely by volunteers, with no paid canvassers.

Mr. Rangel yesterday announced that he had filed 20,666 signatures with the city’s Board of Elections–a sign, his team said, of the veteran lawmaker’s popular support among voters in his changing district as be vies to win a 23rd and final term.

“From Norwood to Inwood to Harlem, I am humbled and honored to have such strong grassroots support from the voters of the 13th Congressional District,” Mr. Rangel said in a statement. “I will keep fighting as your champion in Washington for good jobs, better wages, and real health care reform for the families of this district. We’re in this fight together.”

Mr. Rangel’s campaign also said their signatures were collected largely by volunteers working directly with the campaign and through political clubs that have endorsed him.

Candidates generally collect far more signatures than necessary, both to avoid ballot challenges and to demonstrate their on-the-ground support. The tallies are also often seen as an early test of a campaign’s organizing power and field operation.

The three candidates are set to face off in their first debate tonight. 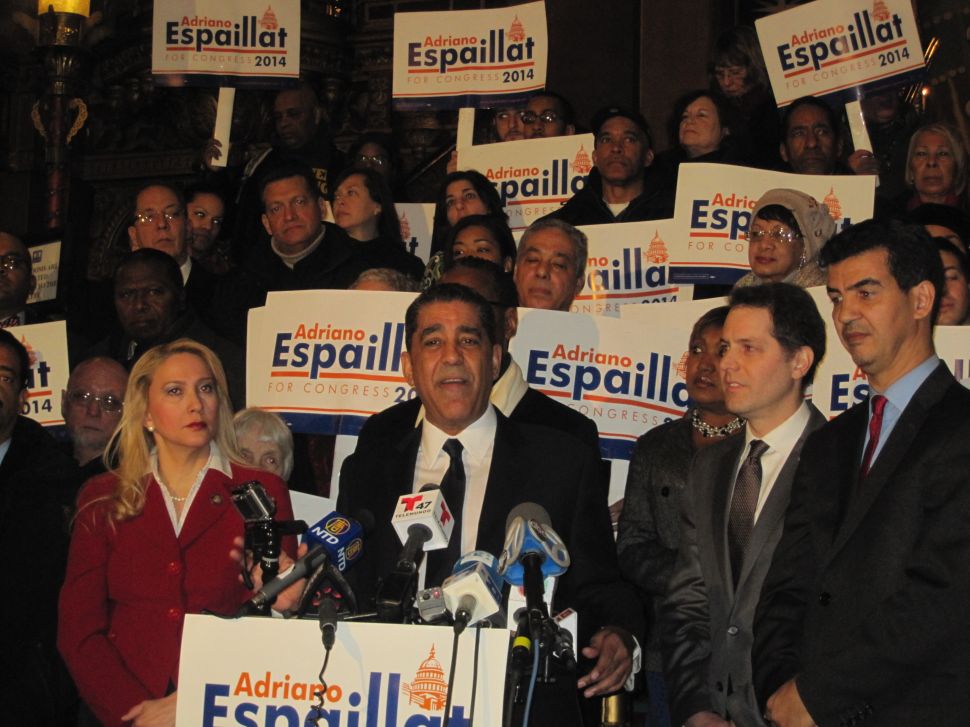