“We are looking at a tsunami and our response is to wonder what we should brown bag in our lunch,” said Schaer.

“At a time when the state is facing a catastrophic immediate future there is no answer other than that’s what we did last year,” Schaer said. “Your comments are identical to the same comments you shared with us last year.”

Hendricks’ department has a $40.6 million budget.

How much is program money and how much administrative, Schaer wanted to know.

“I don’t understand how the state can afford for a role that has no concrete value,” the budget chairman said. “if there’s no statutory authority, no ability to effect change and no veritable oversight ability, what are we spending $1.2 million on?

“This is this year’s budget not last year’s budget not the year before,” Schaer added. “When the speaker says to me and my colleagues say, with a $800 million shortfall, ‘where are there cuts, is there any reason why we shouldn’t say this is where we cut?”

“This is a tsunami that has been building in New Jersey and the $800 million shortfall has worsened it,” said Hendricks. 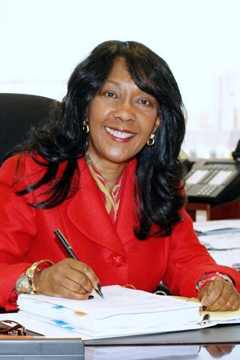