“Don’t call me iconic!” laughs Patrick McDonald. O.K., but perhaps he won’t object if some of his most celebrated hats get the moniker?  “Maybe,” he says. “These days anyone can be called an icon after six months in the public eye. That’s belittling the word.”

After two decades of being photographed around town by Bill Cunningham, making a cameo appearance in The Devil Wears Prada, plus numerous inclusions in fashion anthologies and tomes, Mr. McDonald is selling the hats he wore during many of those moments. Mr. McDonald told the Observer he has chosen an auction on 1stdibs “because I can’t think of a more fun and exciting way to do it.” Vintage experts Screaming Mimi’s will curate the collection of 20 hats, ranging in price from $350 to $1,500. The reason for the sale is purely practical. “I live in three rooms in the East Village.” He added, “A journalist once wrote ‘fashion is the decor’ about my apartment, but let’s just say the decor is getting a little overpowering now. I wear a hat every day of my life. I need to make some space!”

Mr. McDonald’s love of fashion spans a career that began at Fiorucci during the late 1970s heyday of Studio 54. “My fashion aesthetic was born there, alongside designers Giorgio di Sant’ Angelo and Antonio Lopez. I will always celebrate that fantastic, flamboyant moment in time.” Working as a buyer and tastemaker in retail, including a stint at Barneys, Mr. McDonald became a regular on the New York Fashion Week circuit. He garnered famous friends including Elizabeth Taylor and Quentin Crisp along the way and remained true to his own aesthetic, confessing, “I never go out without my hat, glasses and signet ring. Clothes and accessories are like the paint on my personal blank canvas. Dressing well is a courtesy to others as much as an expression of my true self. It’s who I am and what I love, so I am delighted to be able to share some of that with the world via 1stdibs.”

All hats to be sold exclusively through The Penthouse at Screaming Mimi’s on 1st Dibs. 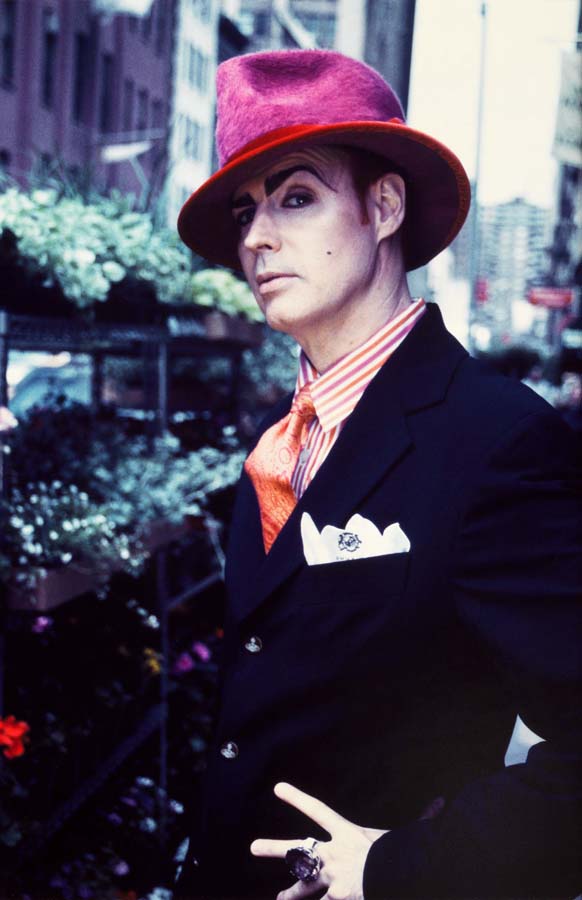