Todd Christie, the brother of Gov. Chris Christie and traditionally a big financial backer of Republican candidates, donated $2,000 to the anti-establishment cause of Steve Lonegan in the CD3 Republican Primary, according to Federal Election Commission reports.

Christie made the donation on March 26th of this year, according to the reports.

Lonegan is running in the primary against Tom MacArthur, a former mayor of Randolph, who has the support of the Ocean and Burlington County Republican organizations.

If Todd Christie’s monetary donation is any indication, the family stuck with Lonegan despite the former Bogota mayor and movement conservative’s lack of party organization support this year in his bid to succeed retiring U.S. Rep. Jon Runyan (R-3).

The first brother made his gift to Lonegan after the Ocean County GOP struck down the Republican leader’s attempt to land the line in Ocean.

Following the lead of the Burlington GOP, Ocean Republicans on March 19th awarded their county line to MacArthur.

What ensued is now a brutal primary between Lonegan – whom polls showed early possesses high name ID in a district he won last year by eight points in his statewide general elction loss to U.S. Sen. Cory Booker (D-NJ) – and MacArthur, marked by a steady diet of negative TV ads out of both sides. 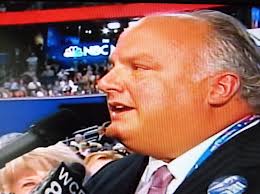