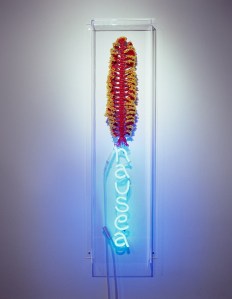 The Australia Council for the Arts has announced  that the artist Fiona Hall will represent the country in their 2015 Venice Biennale pavilion. The presentation will be curated by Linda Michael and commissioned by Simon Mordant.

Born in Sydney in 1953, Hall “came to prominence as a photographer in the 1970s” and then, in the 1980s  “extended her creative practice to embrace a diverse range of art forms including sculpture, installation, garden design, and film,” said the council in the statement.

After she earned a Masters of Fine Arts in Photography from the Visual Studies Workshop in Rochester, New York in 1982, the artist has shown across Australia, New Zealand and Europe. Her work is featured in the permanent collections of many prominent Australian museums and in all of the country’s national galleries. She is represented by Roslyn Oxley9 Gallery in Sydney, and lives and works in Adelaide.

This is the second pavilion that Linda Michael, deputy director and senior curator at the Heide Museum of Modern Art, Melbourne, has curated for the Biennale. The first was Patricia Piccinini’s 2003 exhibition “We Are Family,” also for Australia’s pavilion. Ms. Michael has also participated in Curate NYC as a guest curator.