Former Municipal Judge and Mayoral Candidate Patrick Conaghan announced his support for the re-election of his former rival Mayor Mark Smith in Bayonne.

Conaghan ran against Smith in 2008 and lost.

“I like what Mark is doing,” said the former Judge. “He’s paying down debt, and getting our city finances in order. He right-sized our municipal government saving tax dollars. His progressive policies have attracted developers and now they are building all over Bayonne.”

Conaghan, who pushed hard for the redevelopment of the Peninsula at Bayonne Harbor, said he was pleased that redevelopment was imminent at the facility.

“The cruise port is expanding, PortsAmerica is looking to develop their land and we’ve got some exciting proposals for the Harbor Station Districts,” said Conaghan. “It’s clear that good things are happening.”

“It is always gratifying when a former adversary offers his support”, said Smith. “Judge Conaghan taught me a thing or two as we locked horns. His family has deep roots in Bayonne and I’m happy to have earned his endorsement.”

Mark Smith is running for re-election to his second term as Mayor of the City of Bayonne along with his City Council running mates: Terry Ruane, Debby Czerwienski, Aggie Gillespie, Joe Hurley and Ray Greaves.

The Municipal Election is on May 13. 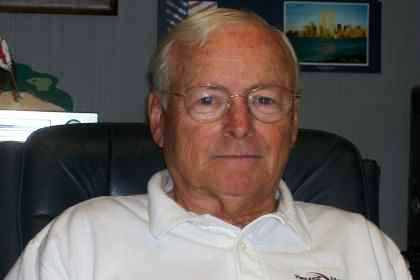