“It is a pleasure to be with you here, Mark,” said Fulop to a crowd of more than 125 supporters at a Smith fundraiser at the Bayonne Golf Club that included Hudson County Executive Tom DeGise, state Senator Ray Lesniak (D-20), state Assemblyman Joe Cryan (D-20), state Assemblyman Jason O’Donnell (D-31), Monmouth County Democratic Chairman Vin Gopal and New Jersey Laborers Union leader Ray Pocino. “I am going to be as helpful as humanly possible over the next month of the campaign.”

But other reports indicate that Tommy Bertoli, the Jersey City mayor’s number one field operative, is working with Smith, not Davis.

With the backdrop of the Jersey City skyline and New York Harbor behind him, Fulop, a potential Democratic gubernatorial candidate, apparently erased all traces of ill will for Smith.

“This is my first Mark Smith event,” said Fulop to loud cheers. “There have been a lot of changes in Hudson County over the last year and a half, and the most important change that has happened is that there really is unity. For the first time, we really are working together. Despite political differences. Mark and I have worked very hard to repair that. I’m really happy to be here in support of him, because I recognize that when you work together, politics becomes secondary and you really have time to focus on government, which is the most important thing.”

“We have 26 days left to go,” said Smith, thanking Fulop and his other supporters for boosting his re-election bid. “Good government makes good politics. Bayonne and Jersey City tied together – second to none. Hudson County is on the rise.”

Davis seemed fit to be tied when informed of Fulop’s endorsement of Smith.

“The last time I checked, Steve Fulop did as much for Bayonne as Mark Smith has done for the last six years,” Davis told PolitickerNJ.com. “I know Bayonne people don’t like outside influences in their town or in their politics. That’s Steve’s choice, not mine.” 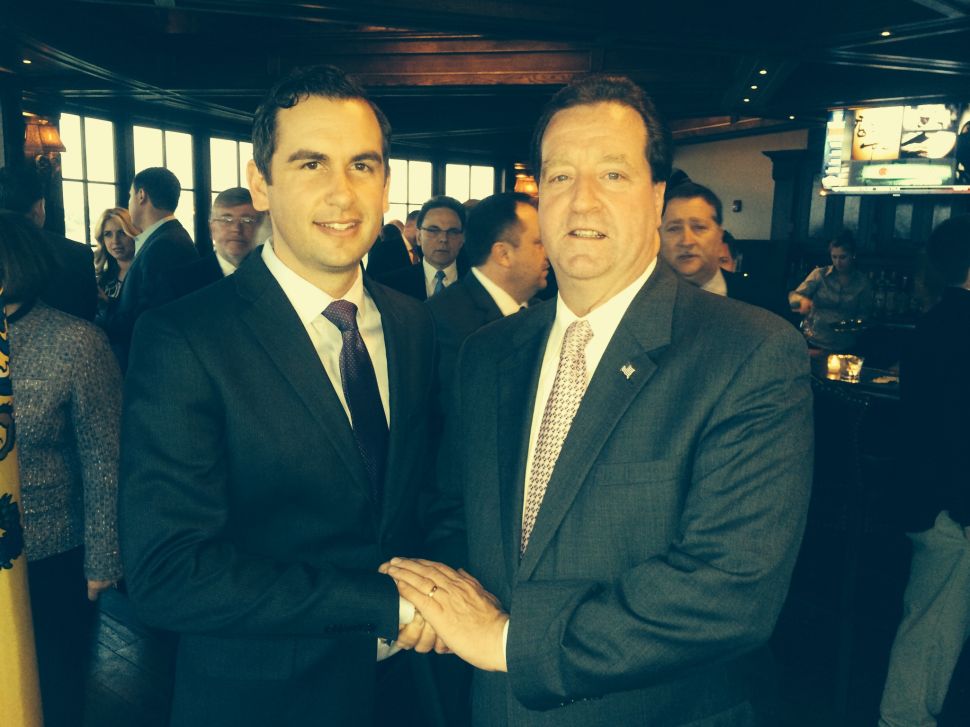