Prieto refused to post the proposed interest arbitration cap bill for a vote after allowing the law to sunset late last month. Prieto’s refusal compelled Gov. Chris Christie to publicly ask “What’s to negotiate?” at a Somerset town hall event on Tuesday, the day after the governor called on state Assembly leadership “not to play games anymore” and pass the arbitration cap bill. The measure would establish a 2 percent cap on interest arbitration awards for unionized police and firefighters.

“I haven’t spoken to [Prieto] other than he’s given me an update. I understand Vinny’s perspective and I understand the governor’s perspective,” Fulop said after speaking at a conference held at St. Peter’s University focused on prisoner reentry. “I haven’t weighed in on it. It’s not a local issue in the sense that we don’t any contracts up right now. Vinny feels comfortable that [he and Christie] are going to be sitting down in the next few days and having a conversation. I think there will be progress.”

“I trust Vinny’s judgment,” added Fulop, who reiterated that there are still extant contracts for Jersey City’s firefighters and police officers for the next three years. “He’s the Speaker and it’s his responsibility. The way he has outlined what he thinks is a fair, reasonable place to be is worth a conversation from both sides. We’re going to defer to Vinny.” 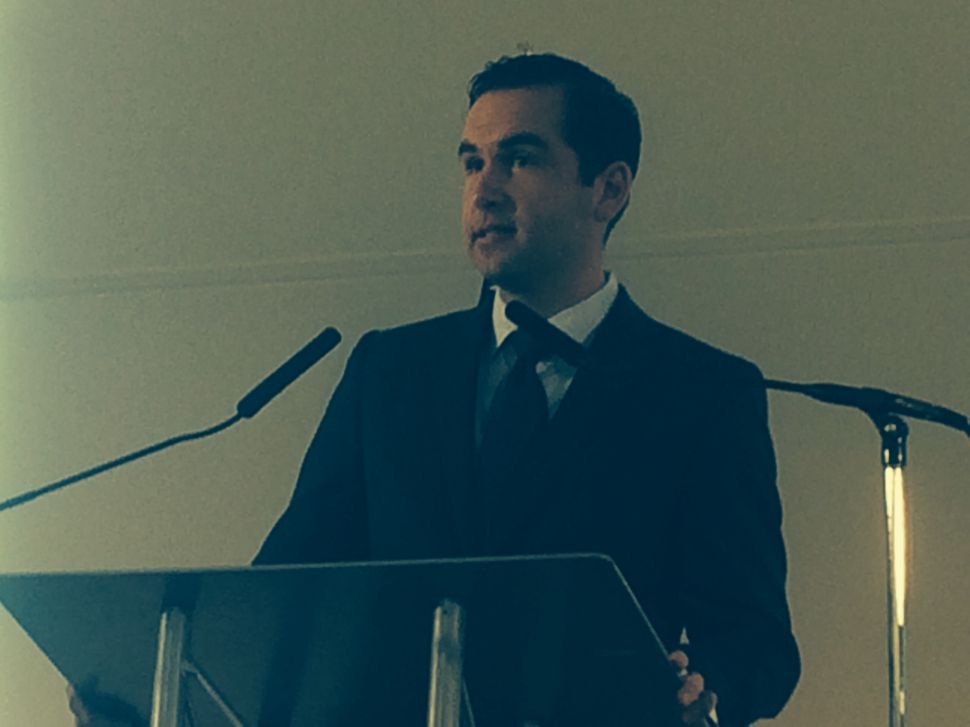