NEWARK – Two prominent Bergen-based state legislators paused during the breakfast held before the 77th annual New Jersey Chamber of Commerce Walk to Washington train trip to consider the November contest that will shape Bergen County politics for the next four years – the Bergen County Executive’s race.

Reducing property taxes remains the rallying cry of all politicians looking to lead Bergen County, where the more than 900,000 residents who make it the most populous county of New Jersey often decide statewide elections. The point of friction between Bergen Democrats and Republicans is how to achieve this goal.

“You’re looking for a candidate who is going to reduce the cost of government and save money,” Gordon told PolitickerNJ.com “Of course, the proposed merger of the police departments is a way that will improve the efficiency of law enforcement and reduce the cost of that service. I know that’s going to be a major element of Jim Tedesco’s campaign.”

Gordon referred to the controversial plans to merge the Bergen County Police Department and the county’s Sheriff”s Office. Donovan is opposed to the plan, while the majority of the freeholder board, including Tedesco, now controlled by the Democrats by a 5-2 veto-proof margin, supports the move. The final decision depends on the outcome of ongoing legal battles related to the merger proposal.

“Kathe Donovan will get re-elected because Democrats in Bergen County have historically increased the size of government, and taxes have gone up,” Schepisi, standing next to Gordon, said. “You may see some apathy in voters, so it’s very important for us to ensure that we have a large voter turnout. You don’t have anybody at the top of the ticket…”

“Except Cory Booker,” Gordon interjected, referring to the former Newark mayor, now U.S. Senator and perhaps the most popular Democrat in the state, who is running for re-election in November. Booker grew up in Bergen County.

“The Cory Booker thing is over,” Schepisi retorted. “People came out and were motivated in the last go-around [when Booker won the special U.S. Senate election in October 2013]. He really hasn’t done anything measurable since he’s been there. I think to motivate people to come out, he has to go forward.”

A Rutgers-Eagleton poll released earlier this week shows support for municipal consolidation in New Jersey has declined since 2010. Bergen County, which has 70 municipalities and 75 school districts, the most of all of New Jersey’s 21 counties, would seemingly be the prime example of what the late state Assemblyman Alan Karcher called New Jersey’s “Multiple Municipal Madness.”

But, as Gordon and Schepisi both pointed out, the road to supposed sanity is not that simple.

“The evidence is clear – we’re never going to deal with the property tax problem unless we bring down the cost of government,” Gordon said. “In Bergen County, I think people intuitively understand that there is a great deal of duplication. People love their home rule, but I believe that we can have all of the great things that we want in our communities while still consolidating services. Until we do that, we’re not going to solve the property tax problem.

“After years of struggle, the two Princetons merged [in 2013]. This year, they saved $4 million in their operating budget,” Gordon added. “I think people are going to start taking notice of that.”

“I think that the success of the 2 percent cap has potentially made people not as committed to merging because they’re not seeing property taxes rise at the rate of 8, 9, 10 percent that they were,” Schepisi said, referring to effect of the 2010 bill backed by Gov. Chris Christie that placed a 2 percent cap on property tax increases.

Schepisi also referred to another factor currently being debated that affects the fiscal fate of Bergen County and all of New Jersey: the proposed interest arbitration caps for unionized police and firefighters.

The measure, the focus of ongoing negotiations between State Assembly Speaker Vincent Prieto (D-32) and Gov. Christie, would establish a 2 percent cap on interest arbitration awards for unionized police and firefighters.

“Unless the interest arbitration bill goes through, which right now is in limbo, people will see to start their property taxes rise once again,” Schepisi said. “Then you may see a groundswell for wanting mergers and consolidation.” 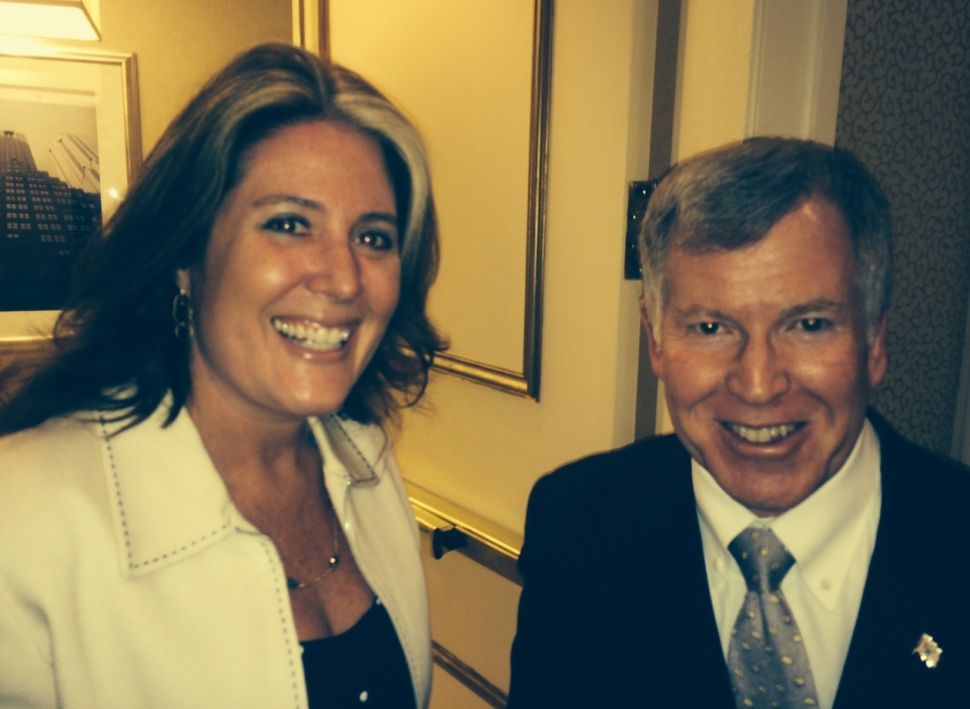