The governor described the greeting as an unusual experience.

“I’m not normally a big hugger in general. I get a little uncomfortable with those full hugs. I’m more of a half-hug, pat-on-the-back type of hugger,” he explained, to laughs. “But this was a full hug.”

Mr. Cuomo said that, while he didn’t know the hugger especially well, “We went through storms together and floods together and we shared moments where we were really, really frightened together.”

“That’s very much true for every person in this room,” Mr. Cuomo added, referring to the many officials who dealt with the immediate aftermath of Hurricane Sandy in 2012. “We went through very, very difficult times. And we’ve made the best of it so far.” 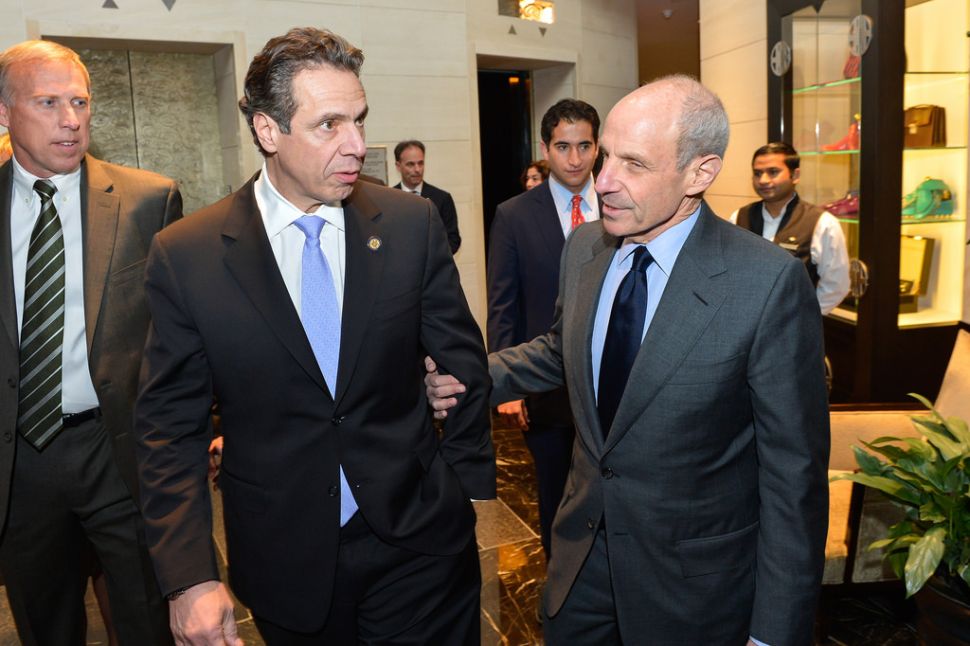