“I collect glass eggs,” cooed Martha Stewart to Shindigger earlier this spring. “Papier-mâché eggs, marble eggs, stone eggs, Ukrainian painted eggs, and foil-covered Styrofoam eggs and they all find their way into table decorations and baskets and compotes displayed throughout the house,” she said.

The idea of turning those poor little unborn chicks into knickknacks during the Easter season did sound pleasantly precious so we elected to gauge general opinion.

“I have chickens upstate,” designer Bibhu Mohapatra admitted with a mortified smirk from his table at the Youth America Grand Prix Gala, held inside David H. Koch Theater.

“Where do you hide them?” we asked, egging him on.

“I don’t have to hide them. Now that winter is over, they’ve started laying eggs and there’s a lot of hay in there and I literally have to go and find them,” he laughed as guests began nibbling chèvre and mixed green salads with black caviar crêpes, capers and—appropriately enough—quail eggs. “Come summer, instead of taking wine to people, I take eggs,” Mr. Mohapatra disclosed. A bit tongue-tied after hearing that eggs would ever replace wine, we couldn’t respond with anything wittier than: “Don’t put them all in one basket!”

A few days later, we strutted to a screening of Fading Gigolo, hosted by The Cinema Society and Women’s Health. The sultry film follows Fioravante (John Turturro) who is led by an elder pal named Murray (Woody Allen) into a genteel version of the world’s oldest profession, quickly becoming the sexual snack of choice for a cast of voluptuous lady callers played by Sharon Stone and Sofía Vergara. The wanton business is booming until our leading man has a change in conscience when he encounters a very different client, Avigal (Vanessa Paradis) the widow of a revered Hasidic rabbi, who yearns to escape her loneliness, but in doing so, risks breaking strict religious codes.

“Those scenes where people were getting to know each other were sexiest,” said Mr. Turturro who also directed the film. “A lot of the scenes with Vanessa were so sexy because they’re all so delicate,” he told Shindigger as Ms. Vergara posed lovingly for photographers nearby.

In a heroic transition to the topic at hand, we asked him if he had planned any Easter egg hunts.

“I hide them all over the house—in closets,” Mr. Turturro said rather assuredly. “I’ll hunt for them with my family.”

Mr. Turturro’s exuberant response gave us great expectations for more celebrity egg passion, but when we ventured off to The Public Theater’s world premiere of The Library last Tuesday, starring Chloë Grace Moretz, Michael O’Keefe and Lili Taylor, well, the yolk was on us. Our best guess was that the play’s subject matter—a gloomy story about a survivor of a high school shooting who struggles to have her pivotal accounts of the tragedy believed as the media sets fire to the already sensationalized slaughter—was not exactly appropriate for fun Easter egg chatter.

“I do not Easter egg hunt,” David Duchovny said after the performance with a shake of his head. He then rejected a tray of cucumber shooters that were Passover-friendly. We decided not to bring up Passover to him.

We found the always radiant Heather Graham to be more amenable, sort of: “I have nothing interesting to say about Easter eggs,” she said, “but I eat eggs everyday. I love eggs!” 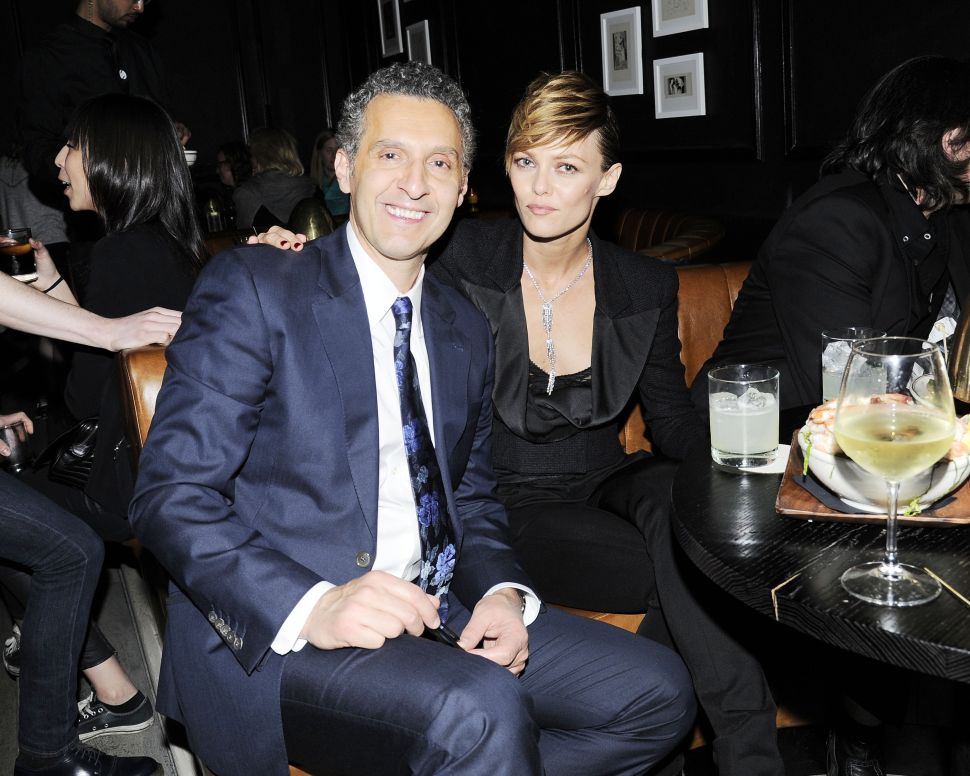