Reddit functions as many things — a cradle for Internet memes, a hub for horrifying tales of bodily functions, a much-needed platform for Lil Jon.

But one of the most nefarious ways Reddit has influenced our culture is by providing a platform for men who believe they’ve been “friendzoned.”

What is the friendzone? It’s a pretend place that exists only in the imaginations of oft-rejected heterosexual men — and on a popular subreddit.

As far as people who unironically use the term “friendzone” go, there’s definitely a type. The only hard and fast rule is that they’re habitually unable to get a girlfriend, and their targets often tell them they “just want to be friends” in order to let them down easily. They often wear fedoras and/or wallet chains, and call women “m’lady.” Most of all, when women reject them, they throw temper tantrums and toss the word “bitch” around. Don’t ask us why; we don’t make the rules.

So when we saw the fake commercial for the Hello M’Lady app on last night’s episode of Inside Amy Schumer, we immediately recognized this irrepressible type of guy.

Hello M’Lady is “an app for your smartphone that helps you manage those clingy, fragile guys who think that they’re dating you,” Ms. Schumer’s co-star explains.

These sad guys wouldn’t exist without their comrades on Reddit cheering them on. As you watch this hilarious sketch, pour one out for the poor women who suffer their unwanted advances and subsequent put-downs silently — you don’t see them kvetching on an online message board. 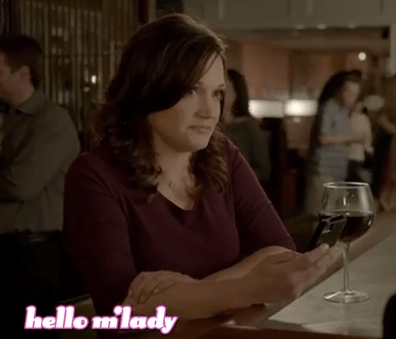