Hillary Clinton today praised a 19-year-old woman who broke down crying at an event as she revealed that she is an undocumented immigrant.

The former first lady, secretary of state and potential 2016 presidential candidate encountered the passionate young woman while taking questions at a “Girls: A No Ceilings Conversation” event at the Lower East Side Girl’s Club in Manhattan.

“I have a very different glass ceiling than some of the girls are exhibiting here. For the first time publicly I want to say that I’m an undocumented immigrant,” said the woman, named Nova, who quickly began to tear up after receiving some applause. “I want to say that it’s been extremely difficult for me to empower myself in America because I came here illegally when I was five. And I came from Split, Croatia, where I was born.”

“It’s been very hard because I don’t have the documentation here: to get a job; to vote–which is essential, obviously, to [get] representation; to buy an apartment; to go to college–so I couldn’t even go to my dream college because of that; to get no financial aid,” Nova continued. “I want to ask what in your sense is essential for immigration reform because girls like me–and I’m not the only one here, there are 11 million people standing behind me here and I can only imagine how many girls there are.”

“Because this is an extreme glass ceiling for me that I can’t even control,” she said. “Not even as a woman but not even as a human.”

“Oh Nova,” she began, pausing for a second. “Wow. That was incredibly brave. And I thank you for doing that because it’s important to put ourselves in other people’s shoes. That’s one of the big hopes I have, is that we can get back to being a country where people can understand what others are going through and have empathy for it and really try to help each other.”

Ms. Clinton went on to express her strong support for immigration reform legislation in Congress and said stories like Nova’s could help persuade reluctant legislators. “I am strongly in favor of the legislation that passed the Senate. It was bipartisan; that’s rare these days. It passed and unfortunately the House of Representatives has not taken it up. And I think that was a big missed opportunity for our country,” said Ms. Clinton.

“I’m a huge supporter of immigration reform and a path to citizenship and will continue to advocate for that. And the more stories so that people … can put a real face on what it means to have been brought here when you were five years old, to have spent your entire life here, to have made your best efforts here,” she added, “that’s what immigration reform should be about.”

View the encounter, via the pro-immigration reform group FWD.us, below: [youtube http://www.youtube.com/watch?v=a7E2iORIdbI&w=420&h=315] 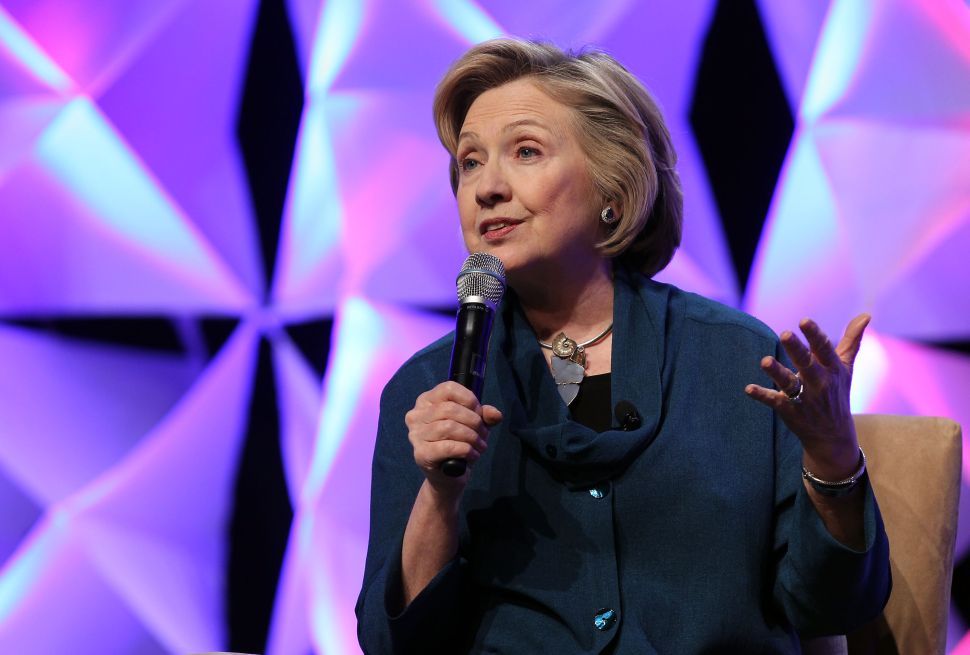