A new kooky world record has been set, and no, it doesn’t have anything to do with online Secret Santa.

The microscopic magazine cover was unveiled at the USA Science & Engineering Festival in Washington, D.C.

IBM explained the process of creating the minuscule magazine cover on Flickr:

“To create the record-setting cover, IBM scientists invented a tiny ‘chisel’ with a heatable silicon tip 100,000 times smaller than a sharpened pencil point. Using this nano-sized tip, which creates patterns and structures on a microscopic scale, scientists etched the magazine cover in less than two minutes onto a polymer, the same substance which creates plastic.”

IBM also reportedly thinks the technology could be used to make virtually invisible, nano-sized security tags for quantum computers, which sounds a lot fancier and more high-tech — though not quite as adorable — as images of pandas. Engadget also reports that IBM has licensed the technology to SwissLitho, a company that sells hardware to researchers.

Here’s a video describing the technology: 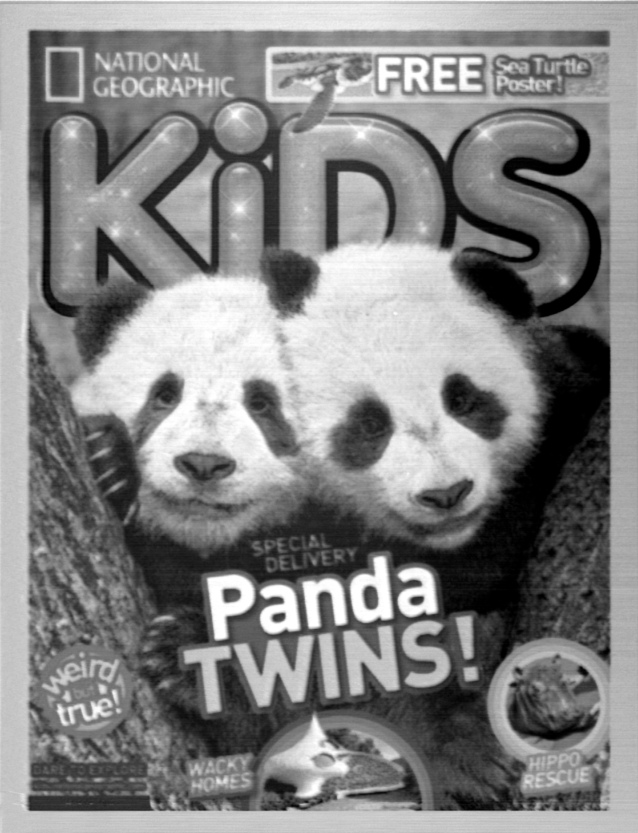