A public urinal in France — called a “Vespasienne” after Vespasian, the Roman emperor who introduced a tax on public lavatories. (Getty Images)

New Yorkers put up with a lot of crap: their own.

Residents of other American cities enjoy a privilege that is alien to New Yorkers who shamelessly demand not that table/this table. Self-entitled one-percenters who blithely hold up five blocks of traffic to hail a taxi on the wrong side of the street dare not dream of this right, taken for granted everywhere else, even under the yokes of the most repressive dictatorships.

Doing what comes most naturally, the thing you did before you thought of doing anything else, is a birthright. But not here.

Call it Catch No. 1 and No. 2: Sections 153.09 of the city’s Health Code (disposing of “noxious chemicals”) and 16.118 of the Administrative Code criminalize public urination. If a cop catches you taking a leak against a building (or my favorite release of last resort, between two parked SUVs), you’ll get a “pink summons” dinging you for $50. If your constable writes you up for the health violation, you’ll also get a misdemeanor on your criminal record. (A lawyer who specializes in public urination can wipe away that yellow stain for $500 to $1500.)

A lot of New Yorkers are dropping President Grants for dropping trou in public. In 2011, the NYPD issued 3,250 public urination tickets in Manhattan alone. And the boroughs are where the real action is. Queen’s 115th precinct alone, serving Jackson Heights, nabbed 1,808 urinary criminals. Michael Bloomberg’s mayoralty ended with a pee-ticket blizzard: nearly 24,000 citywide in 2013.

As (ahem) “John,” a truck driver who routinely and illegally answers nature’s call, told The Gothamist: “With so few public bathrooms, and just about everywhere insisting that you be a ‘paying customer’ and buy some expensive crap before you can take a piss, what is the other option? What if you can’t afford to be a paying customer?”

Which brings us to a vicious cycle: The cheapest to-go item at restaurants is usually a drink.

No doubt, some guys—and it is mostly men—are too lazy or inconsiderate to track down the restroom options savvy New Yorkers know about: the city’s nearly 200 Starbucks, hotel lobbies, train and bus terminals, public parks and crowded bars where no one’s policing the loo. But that still leaves vast tracts without a legit place to go. And what about clueless tourists?

By way of perspective: As of 2009, NYC offered 666 park bathrooms and 78 in the subways. (There were 1,646 in the subways back in 1940. A safe guesstimate is that there are fewer than 50 today, victims of security concerns and budget cuts.) Singapore, which is 81 percent the area of the five boroughs, has 29,500 restrooms available to the public. Unsurprisingly, it’s a lot cleaner.

Even in this divided nation, here is something liberals and conservatives can agree upon: criminalizing basic bodily functions—involuntary functions—without providing a viable alternative for citizens who want to obey the law, is unfair.

The Second Avenue subway will soon be reality. The 7 is finally going out to the Javitz. But the dream of answering nature’s call without having to beg an office tower security guard for mercy continues to elude one generation after another.

Henry Miller griped about the city’s WC shortage during the 1930s. Mayors Koch, Dinkins and Giuliani all tried to solve the problem. All failed.

In 2005, Mr. Bloomberg announced plans to install a whopping 20 public restrooms (charge: 25¢)—1 for every 400,000 New Yorkers. Alas, he only built three. A spokesman for the Department of Transportation, which is overseeing this mighty project, cited NIMBYism, requirements that the facilities be handicap-accessible, and the challenges of connecting running to explain the delays: “DOT is committed to ­siting these amenities only where they’re technically feasible, appropriate for the area and supported by the community,” Nicholas Mosquera told The New York Post last year.

A lack of political will, coupled with New Yorkers’ uncharacteristic stoicism, has allowed New York’s toilet infrastructure to deteriorate to Kabulian levels. Sometimes you have to wonder whether we’re being cursed for having ripped off those Native Americans for $24.

New York can’t even do toilets well in the virtual world.

Several years ago, Charmin unveiled its free “Sit or Squat” restroom-locator app for smartphones. It included reviews. New Yorkers were hooked. Last year, however, Charmin stopped updating it. Now it sits on my iPhone, frozen solid on the last Starbucks it found (Lexington and 80th, slightly dirty but with a relatively short wait) while I squeeze my innards in search of a safe place to squat.

As with most problems, throwing money is a quick fix for those who have it.

Serving high flyers while they hover low is a new company called POSH Stow and Go, which is building luxurious private bathrooms in Manhattan. “Customers pay a yearly $15 membership fee. After that, they can then purchase different packages that range from three days ($24) to six days ($42) to 10 days ($60). And this includes free use for up to three children under the age of 18,” reports CNN. “Right now, the plan is to launch three flagship POSH locations this summer, situated near the South Street Seaport, Penn Station and Grand Central Terminal.”

The rich pee and poop differently than you and me.

As for the rest of us, maybe it’s time for some 1960s-style activism. Pee-in, anyone? 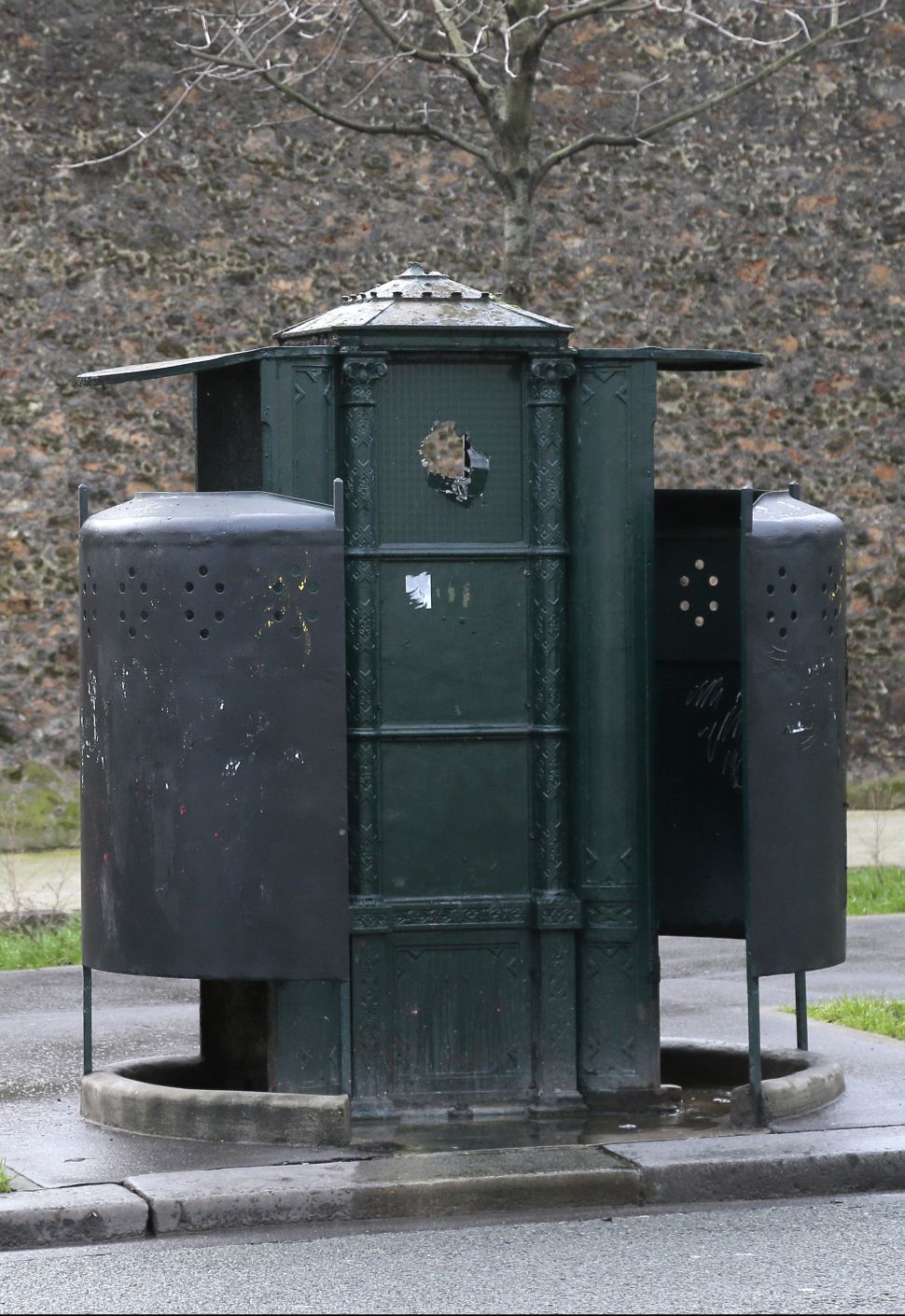