3D printing has been talked about for years as a potentially groundbreaking technology, and it looks like investors finally got the memo. Funding for 3D printing companies in 2013 was 319 percent higher than the previous year, says a report on the CB Insights blog.

“Previously, consumers didn’t really know how to get things printed with their 3D printers,” CB Insights founder Anand Sanwal told Betabeat. “By having a growing marketplace to lead the space, the applications will be more clear and usage will have a lower barrier of entry.”

There were three notable exists in the past year for 3D printing:

Sometimes big deals like those can inflate the numbers, and make a fluke look like a trend. But even though 3D printing is still a young industry, Mr. Sanwal says he thinks that those numbers will keep rising.

“The two main factors that I see are that consumer adoption and exposure are going to increase,” Mr. Sanwal said, “especially with companies like Staples entering the 3D printing realm.”

“[Crowdfunding] is probably easier at initial stages than pitching to a VC who may see this space as undifferentiated and too early right and with too much technological risk,” Mr. Sanwal said. “I imagine it is hard to turn down the idea of pre-sold units with no equity given up.”

3D printers are great for crowdfunding campaigns — they’re futuristic, fun, and you can get a physical product with your backing money. But 3D printing is obviously coming of age, and if Mr. Sanwal is right, we’re going to see a lot more instrustial-size players and a lot less cheesy Kickstarter videos and free t-shirts. 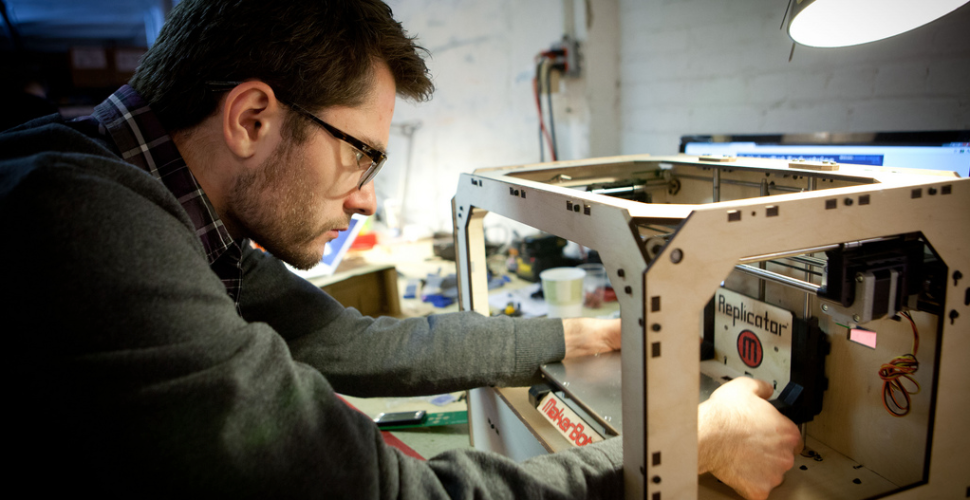