It was not hard to predict this particular backlash. A Kickstarter darling, one of the golden children of the video gaming world and a particular favorite of the notoriously clannish PC gaming community, got bought by painfully mainstream social media empire Facebook for $2 billion. Geeky bleeding edge tech, meet ubiquitous Silicon Valley titan and platform for both Farmville and Cityville. The ever-wary video game community began to rage.

The company in question is modern virtual reality standard-bearer Oculus Rift, once among the most popular entities in the video game community, now shunned by its early supporters in hopes of gaining broader acceptance. Sort of like Lindsay Lohan in Mean Girls.

You get a sense of the rage pretty quickly cruising Reddit or comment boards. People say that Facebook is evil, that Oculus sold out, that people shouldn’t milk Kickstarter as a way to build value for an acquisition, that Facebook will twist the company for its own platform, and so forth. Actually, there are a lot of valid concerns about both crowdfunding and the future of this particular company under the tutelage of a capricious tech giant. But most of the backlash is much more personal than that. There’s a definite undercurrent to all the rage directed at Oculus right now. It’s that this thing was ours and they took it.

Here’s loveable video game rogue “Notch,” creator of Minecraft, who cancelled his deal with Oculus and came up with his own tirade just shortly after the deal was announced: “I don’t want to work with social, I want to work with games.”

There is no indication that Oculus’ future will include any fewer games than it did before, but there is a sense that its sanctity has been violated. It’s not a cool little secret anymore. The jocks came over and started trying to learn D and D and God they ruined everything.

There is a certain narrative in the video game community that no matter how big it gets, no matter how popular the medium becomes, it remains a geeky refuge that must be defended at all costs. Anything that smacks of the mainstream is distrusted. Call of Duty: Modern Warfare 1 was praised and readily accepted by “gamers” for, only to become the pariah of the more educated gaming press once it became an international sensation (to be fair the last few games have been pretty boring). When large companies (mostly EA), buy small studios, the response is always an immediate revulsion. When Microsoft chose to talk about the entertainment capabilities of the Xbox One at their reveal, gamers lost their minds.

It isn’t to say that there aren’t things lost with scale, or that conglomerates don’t have a way of a nasty way of commercializing formerly interesting products. But why are we so unwilling to share our toys? Why do we have the sense that if more people get excited about our interests it will necessarily destroy them? Do we mourn the loss of our hobby, the loss of our childhood, or or the loss of ourselves? As the poem goes:

Margaret, are you grieving

It is the blight man was born for,

It is Margaret you mourn for.

We have not lost Oculus, we have lost one more piece of the idea that we belong to a proud, persecuted minority forever ahead of the hoi polloi. We’ve lost a part of ourselves.

There is a broader narrative here, one that the video gaming community should be proud of. What one could call “Core Gamers” are some of the most experimental tech users out there, some of the people most willing to try new experiences, even when they’re half-finished at best. We demand new, and, sometimes, we get it. The stuff that works is ready for a broader, pickier market.

That’s what happened with the Oculus Rift. A relatively small group of enthusiastic tech-heads beta tested what some think might be the next great platform for computing, and now a much larger company with stacks of cash wants to make that experience available to as many people as possible. Oculus and VR more broadly will always have a place for games, and a big one at that. There’s too much interest to say no. But this technology is new, powerful, strange and unwieldy. There will be experiences available in new and odd ways we never would have guessed. The resources of Facebook will help track those down. That’s okay. 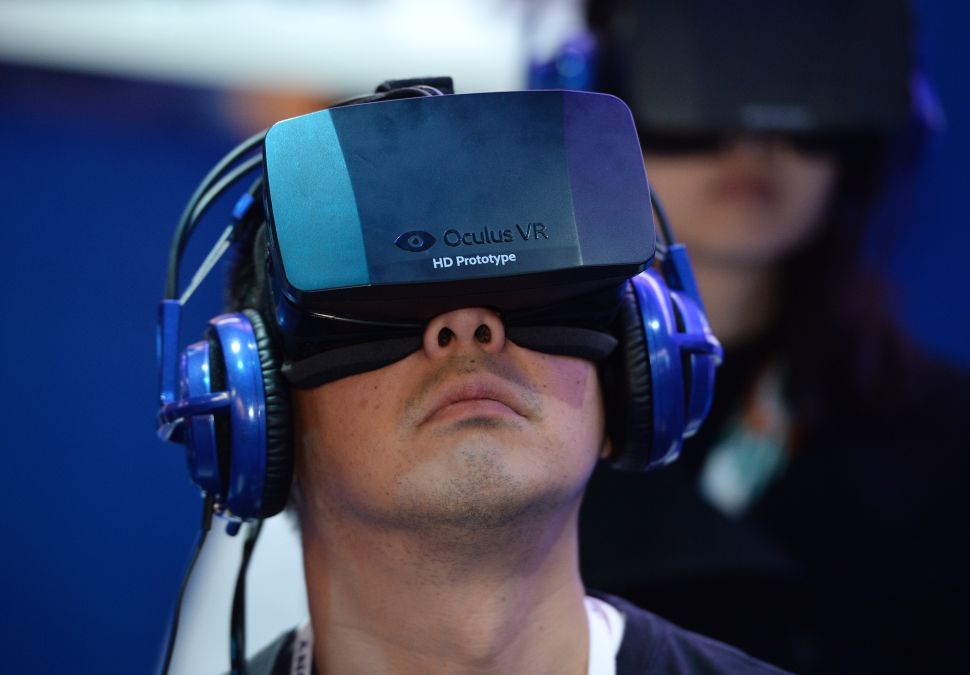