CHAMBER TRAIN – A week after announcing GOP legislators serving on the legislative committee investigating the George Washington Bridge lane closings are hitting a breaking point, a top Assembly Republican lawmaker now says the controversy dubbed Bridgegate is due for a name change.

“You don’t run an investigation on MSNBC,” Bramnick charged, sitting one train car apart from Wisniewski.

“It’s good for John Wisniewski for governor,” he said, adding, “It’s bad for the other Democratic candidates.”

Bramnick told PolitickerNJ GOP legislators are still in talks to decide whether they will continue to be a part of the joint legislative committee investigating Gov. Chris Christie’s administration over the bridge controversy.

“We’re placing him on notice that we expect to be part of the process,” he said. 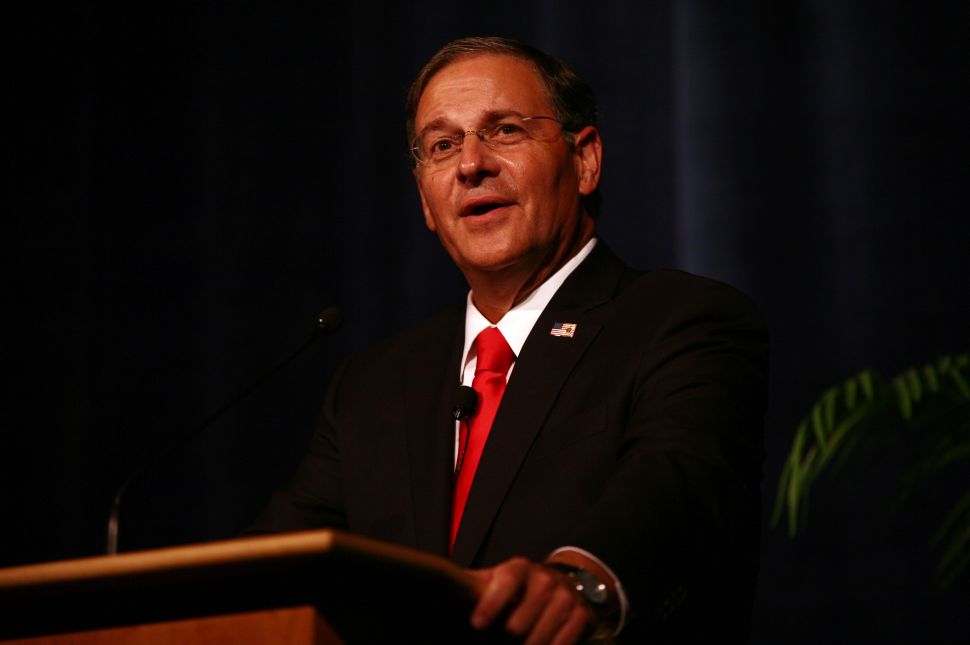