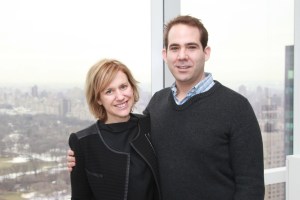 Jessie Washburne-Harris has become a director at Marian Goodman gallery. She started at the gallery this week, and is based in New York. “The gallery is expanding and it seemed like a great opportunity,” she told Gallerist. Ms. Goodman, who runs one of the world’s most prominent galleries and represents artists such as Gerhard Richter and Gabriel Orozco, as well younger talents like Danh Vo and Adrian Villar Rojas, has an additional gallery in Paris, and recently announced plans to open one in London.

From 2005 to 2013, Ms. Washburne-Harris and her husband, Michael Lieberman, ran Harris Lieberman gallery, first in the West Village and then in Chelsea, where they represented artists such as Matt Saunders, Thomas Zipp, Karl Haendel and Rebecca Morris. They closed Harris Lieberman in 2013. Ms. Washburne-Harris went to New York’s Metro Pictures as a director. Mr. Lieberman is now senior sales director at Marianne Boesky Gallery, also in New York.