In a bid to shake up her popular image as a consummate minimalist, JIl Sander adorned her Spring/Summer 14 menswear collection with the vibrant, graffiti-inspired work of New York-based artist Amy Kao. For decades as the so-called “queen of clean”, Ms Sander became known and admired for her spare, no-frills aesthetic. In recent years though, fans have grappled to understand her design house’s direction after the designer left the company, returned in February 2012 then departed again in October 2013.

Prior to her departure, Ms Sander collaborated with Ms Kao on the menswear collection, suggesting Ms Sander was at home with the artist’s labor-intensive and patterned narratives. Ms Sander imbued Ms Kao’s elements in the men’s collection with a light touch. Ms Sander’s studio digitally transposed the densely rendered patterns derived from the works -on-paper and sculptures of Ms Kao to create the strikingly graphic look. The patterns leap and merge yet the white space within each piece provides visual balance. Ms Kao has exhibited her work nationally and internationally since 2000 and told the Observer that her work’s formal vocabulary of interwoven and conjoined ellipses “draws on the ready-made iconography” of graffiti and architectural embellishment on New York City’s landscape. The combination of Ms Sander’s departure and Ms Kao’s rising art star make these Spring Summer ’14 pieces highly covetable for neo-vintage fashion collectors. 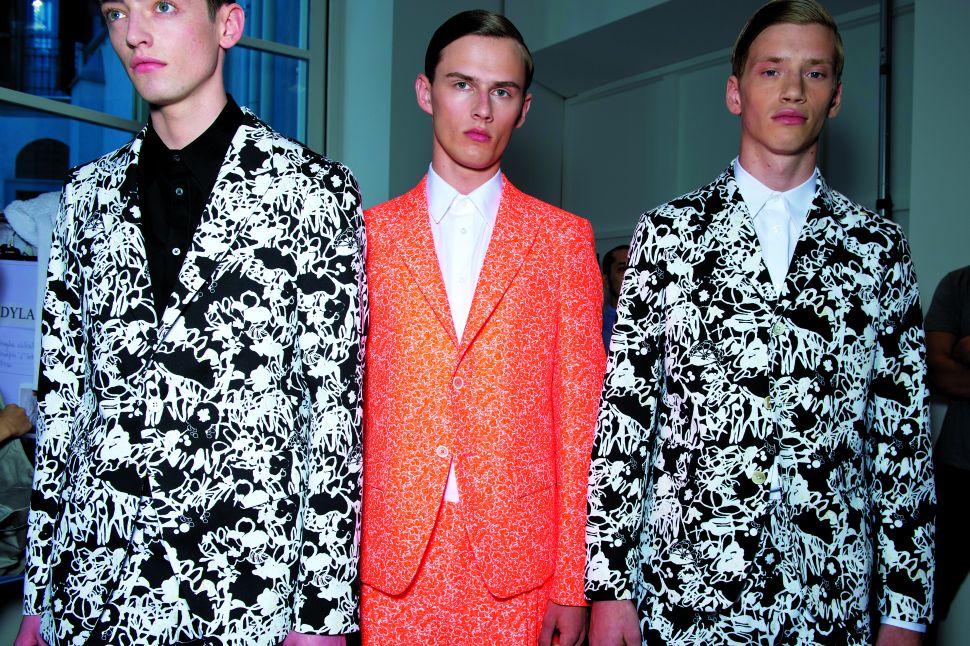