You’ve got to feel for Jon Stewart. Here he is, grinding away at this job since 1999, watching stars get made right on his program. First Carell, then Colbert. When he tries to take a summer sabbatical, his replacement John Oliver does so well that HBO gives him a show. Letterman resigns, and they give his job to Colbert. And now Stewart is stuck doing the same hokey impressions day in and day out, while his former colleagues breeze on by, stopping only for the quick exit interview before departing for better things.

By the way, what ever happened with that movie that Stewart directed last summer? Is that still going on? 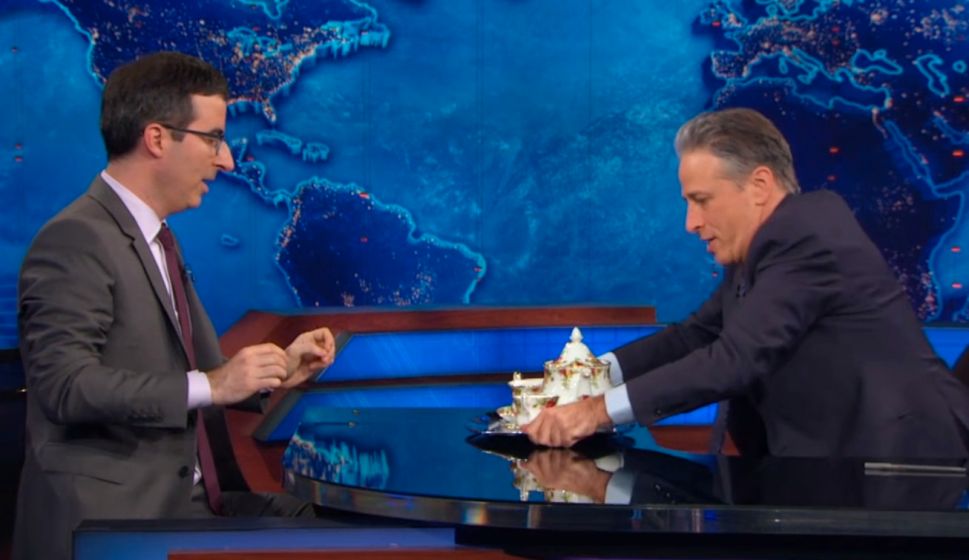